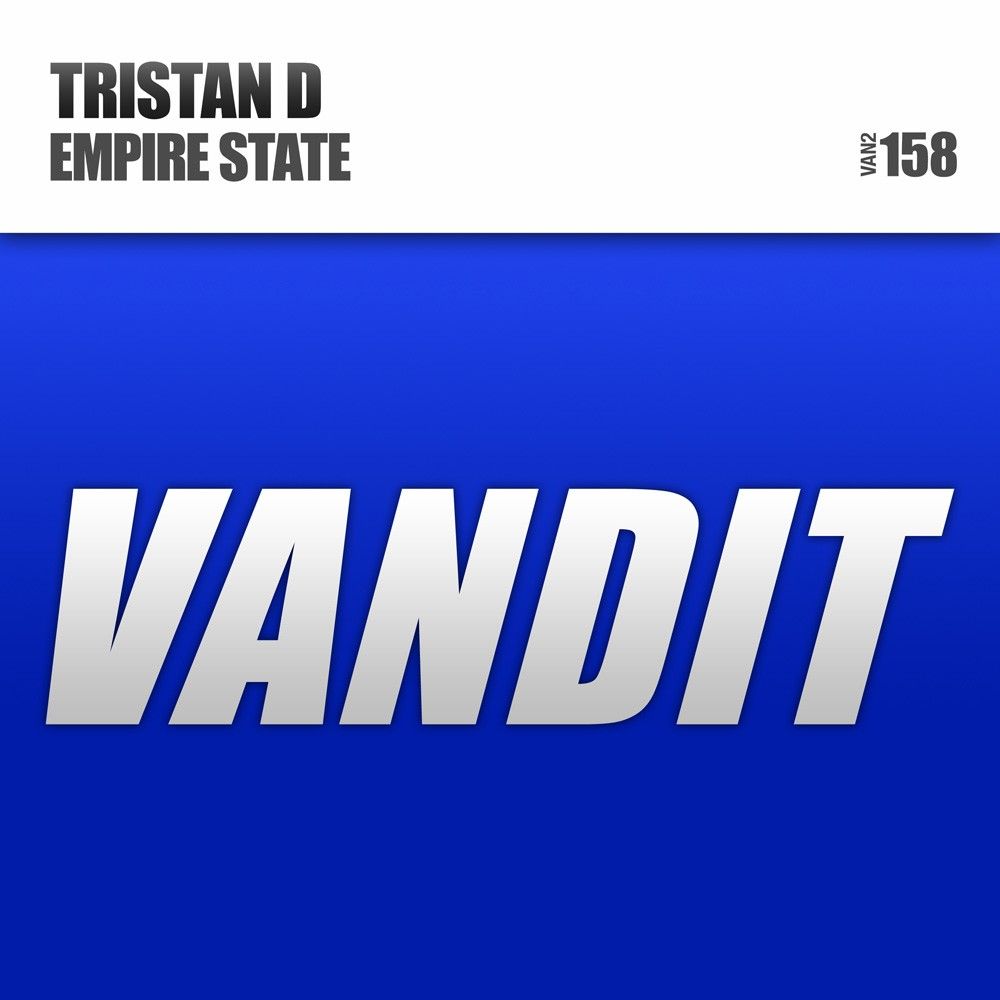 Having notched up collaborative VANDIT outings alongside Tangle and DJ Ideal in 2013 & 2014 respectively, for this, his first (of what we hope will be many!) in 2015, Tristan D has gone studio solo.

Having metaphorically gone cross-country to ‘Miami’ for his last VANDIT release, the Cali-residing producer’s coast-to-coast’d it again for some ‘Empire State’ inspiration. Channeling equally strong veins of trance and progressive house into its floor-smacking production, the track’s every bit as awe inspiring and skyscraping as its titular!

‘Empire State’ is no sub-genre subtopia… Tristan brilliantly and organically connects the track’s trance & house threads. From it’s roguish beats and bass line primers, he initially spins ‘State’s break out into a pad & chord laden drop. There’s a mighty big ‘Gotcha’ just around the corner though! ‘Empire’s production downs a box of fireworks, shortens the fuse, raises the trajectory and delivers a pyroclastic progressive house finale!!

Tristan D – abridged biography: Back in ’95 Tristan, then still a youngster, tuned into pirate radio stations from his home in Brighton, religiously soaking up the electric sounds of Brit A-listers Graham Gold, Judge Jules, Danny Rampling and others.

Tristan set his DJ career into motion at a remarkably youthful age of 14 when he decided to start promoting his own club night, Twisted. He kicked off the Twisted parties in a number of underground clubs in Brighton and London and soon secured a reputation as a talented young DJ and promoter, latterly landing a residency at his favorite London club night Peach @ KOKO, where he frequently shared the decks with the talented Eddie Halliwell, Simon Patterson, Markus Schulz & many more. Soon after, he also began playing regularly for Serious @ The Cross, London Tristan’s long-term partnership with BBC Radio 1 DJ Judge Jules has kept him at the forefront of the industry. Working full-time alongside a legend in dance music, Tristan has managed to remain on the cutting edge of music production, and gets to spend his summers with Judge Jules hosting one of Ibiza’s busiest club nights, Judgement Sundays @ Eden in San Antonio.

Tristan’s DJing has taken him all around the world playing with world renowned DJs including Armin Van Buuren, Tiesto, Paul Van Dyk & many more. His style ranges from the Teky Maximal side of backroom house up to the more banging uplifting Trance.

As a producer, Tristan found success from the get-go. His collaboration with diffused music genius Anthony Brooks in 2006 got signed to Big In Ibiza records, taking them to the prestigious Miami WMC and catapulting Tristan into stardom in the studio. Since then Tristan has had countless tunes played on BBC Radio 1 and remixes signed to some of the worlds biggest record labels including Ministry of Sound (Data Records), Spinnin and High Contrast.