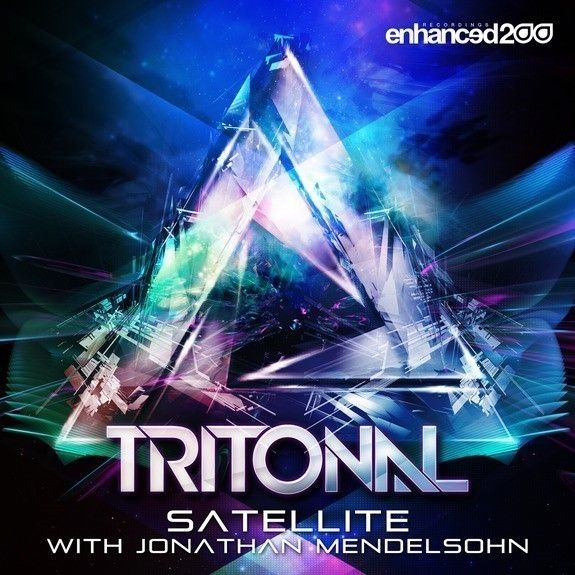 With the release of their upcoming EP ‘Metamorphic III’ increasingly imminent, Tritonal deliver the first single from this final chapter in the 3-part series. ‘Satellite’ Ft. Jonathan Mendelsohn is a sumptuous dose of power vocals, blissful melodies and gargantuan drops, all interwoven with incredible precision by the US DJ and production duo. Out now exclusively at Beatport, fans can pick up their copy and also immerse themselves in this soon-to-be anthem through the lyric video here:

The signature Tritonal emotion and energy the guys infuse into each of their club smashes has been cranked to the absolute maximum in this single and it’s no surprise that it’s already being championed by some of the greatest names in dance music, including Nicky Romero, Armin van Buuren, BT, Ferry Corsten, Chuckie and BBC Radio 1’s Danny Howard. After posting a snippet of ‘Satellite’ on their SoundCloud page just over a fortnight ago to give devoted ‘Tritonians’ a taste of what ‘Metamorphic III’ has in store for them, the short preview has amassed an incredible 430,000 plus plays. Add to this over 400,000 likes and 345,000 shares on the Tritonal Facebook page from a hilarious video taster presented to their fans and it’s fair to say the excitement for ‘Satellite’ has been truly palpable!

‘Metamorphic III’ completes the trilogy that has tracked Tritonal’s musical transition over the past 18 months, as well as spawned hits such as the emotional and electrifying ‘Now Or Never’. In addition, outside of releasing on their UK-based joint venture Enhanced Music, they’ve put out acclaimed singles including their stunning collaboration with Paris Blohm, ‘Colors’, which became the soundtrack to the Life In Color festival tour and followed ‘Now Or Never’ into the upper echelons of the Billboard Dance Airplay Chart.

Always keen to show their freshest material to the people who mean most to them, Tritonal are continually touring the globe performing to the swathes gathering in clubs and at festivals and are currently moving through their homeland, before heading to the other side of the world for a string of dates in Australia. Get a glimpse of the incredible experience through their Wiltern Theater, LA tour video where they celebrated 50 episodes of their Tritonia Radio show and be sure to also check their upcoming summer tour dates below: