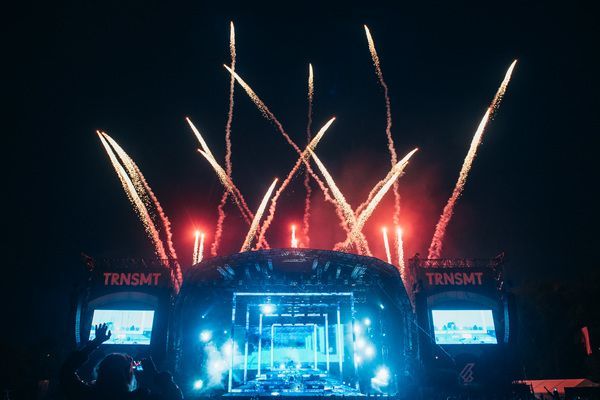 Tickets for Sunday 8th July will go on sale at 9am on Friday 8th December from TRNSMTfest.com. Tickets for Friday 29th June, Saturday 30th June plus three day and five day ticket options are available now.

These new acts join the already announced headliners Liam Gallagher and Stereophonics as well as acts including The Script, Courteeners, James Bay, Wolf Alice, Krept x Konan, Jessie J  and J Hus. TRNSMT 2018 is shaping up to be two of the hottest weekends next summer.

One of the most iconic bands of their generation, Las Vegas rockers The Killers will headline TRNSMT’s final transmission on Sunday 8th July. The group recently played a stunning sold-out show at The SSE Hydro to rave reviews, performing songs from their new LP Wonderful Wonderful alongside earlier, much loved hits. Wonderful Wonderful’s release continued the band’s record breaking unbroken streak of #1 albums and has propelled The Killers firmly back into the spotlight as one of the best rock bands in the world. With charismatic frontman Brandon Flowers centre stage, The Killers will treat TRNSMT fans to a career-spanning set drawn from a truly enviable back catalogue that includes ‘Mr Brightside’, ‘Somebody Told Me’, ‘When You Were Young’, ‘Human’ and most recent hits ‘The Man’ and ‘Run For Cover’. This TRNSMT performance will be a show to remember, from one of the biggest bands of the 21st century.

Synth-pop phenomenon CHVRCHES will make a Glasgow Green debut in July, as they join the brilliant line-up on Sunday 8th July.  An especially important slot for the Glasgow band, the Lauren Mayberry fronted trio will return to their hometown after an incredible six years in the industry. Their debut album in 2013 proved CHVRCHESwere turning the Scottish music scene on its head, blending Lauren’s mesmerising vocals with catchy indie-pop hooks and lyrics. Sophomore album Every Open Eye showcased hits such as ‘Leave a Trace’ and ‘Clearest Blue’ which cemented CHVRCHES place as song writing masters. The final single ‘Bury It’ saw the band team up with Paramore superstar Hayley Williams in a brilliant collaboration. With a highly-anticipated third album expected in the new year, CHVRCHES will bring new tunes and their ever-impressive live show to TRNSMT 2018.

TRNSMT will be a hometown show to remember for indie rockers Franz Ferdinand, who return to the Glasgow stage once again with a fresh new line-up. The indie heroes have marked the beginning of a new era and are veering towards a vibrant synth-based electronic sound on ‘Always Ascending’, the first single from the upcoming album. Nothing short of a rebirth, the album’s 10 songs are a triumphant recasting of the group, bursting with fresh ideas and vigorous sonic experimentation. Franz Ferdinand stormed onto the scene in 2002, with critics hailing them as a post-punk revival band who have been both Grammy and Brit Award nominated for singles ‘Take Me Out’ and ‘Do You Want To’, which, over 10 years after their release, are as popular now as they have ever been. When their debut album won a Mercury Prize, it was clear Franz Ferdinand were here to stay, and in 2018 they are sure to smash their set at TRNSMT Festival with their epic new sounds.

A city already renowned for its captive music audiences, TRNSMT 2017 showed artists from around the world that there’s nothing better than a Scottish crowd and 2018 promises to deliver an even bigger transmission.

Winning ‘Best New Festival’, last week at the UK Festival Awards, TRNSMT was heralded by fans and critics in 2017 for its incredible audience, atmosphere and perfect mix of international and local talent.

Geoff Ellis, Head of DF Concerts said: “We are truly thrilled with The Killers as our closing headliner for TRNSMT 2018. We can’t wait to welcome the band to Glasgow Green for the first time, after a phenomenal show at The SSE Hydro in November. Stay tuned for more from TRNSMT, because we still have two incredible days of music to announce!”