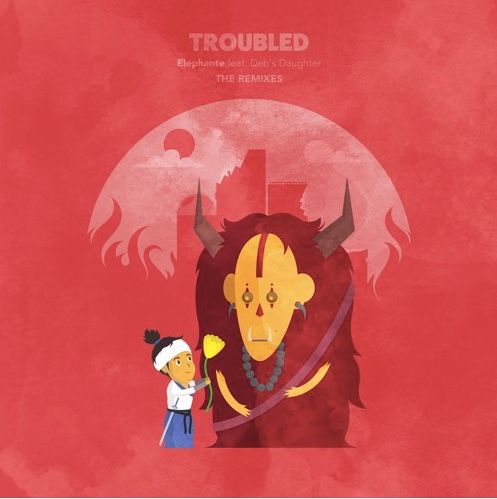 Elephante is back with a major new remix package to accompany his huge single ‘Troubled’. Including the much applauded BRKLYN remix, as well as two brand new edits from up-and-coming producers Fairlane and Haides, ‘Troubled’ (The Remixes) is available to buy or stream now.

Premiered by Dancing Astronaut, the complete package kicks off with breakthrough production duo BRKLYN’s high-energy remix, followed by a superb rework from burgeoning producer Fairlane, who starts the track with a mesmerising and melodic soundscape before building up tinkling synths into a trap infused piece that is sure to captivate fans from the opening note. Last but by no mean’s least, London producer Haides introduces an insanely catchy bottom line before bringing in a deep warbling bass line, alongside drums and rainforest inspired sounds that take the original track to another dimension.

Having recently finished his hugely successful ‘I Am The Elephante’ tour, fans of the progressive house prodigy will be pleased to hear that Wu has just dropped the news of his next set of shows. The ‘Animals Wanted’ tour will see Wu travel across North America, taking to the stage at some of the biggest clubs, festivals and colleges in the country. With appearances at major venues including Hakkasan (Las Vegas), Celebrities (Vancouver), as well as festivals such as  îleSoniq (Montreal), Electric Zoo (New York), Life In Color (Fort Worth) and Something Wicked (Houston), be sure to catch Tim on what promises to be his biggest tour to date. Check out the recap of his previous tour below.