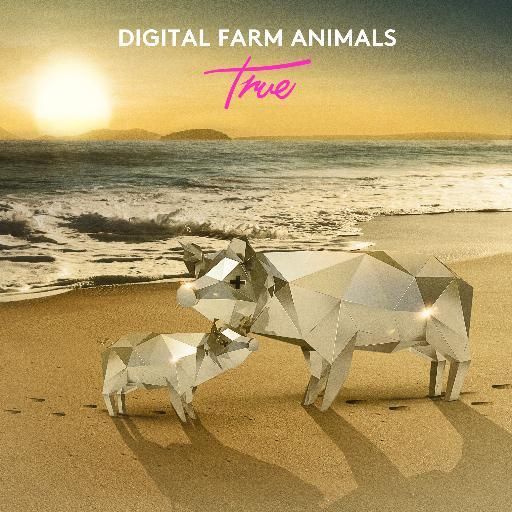 London-based electronic producer Digital Farm Animals announces the release of new single ‘True’. From the moment the euphoric house keys open the track it screams Summer, with the pitched up vocals driving an undeniably anthemic chorus. Watch the video here:

With a musical maturity beyond his years, DFA has found his sound; his glitzy and melodic fusion of dance and left-field pop is informed equally by 80’s synth-funk, all the while maintaining a contemporary and instantly hook-laden sheen that is distinctly his own.

The young artist is no stranger to the music scene. As a regular in the underground dance and club production circuits his previous releases, including ‘Adore You’, ‘Bad Idea’ and the Yasmin-vocalled ‘Didn’t Know’, lit up blogs from the UK to across the Atlantic. Support has rained in from Rob Da Bank, Mark Ronson, BBC Radio 1/1Xtra and Capital Xtra, while ‘Didn’t Know’ has racked up over 500,000 plays across SoundCloud. Club support has come from such heavy-hitters as Tiesto, MK and ZEDS DEAD.

With upcoming live dates including a Bondax support slot and gigs at Fabric and Egg, and previous support slots including Gorgon City, DFA is headed for a 2015 takeover. While DFA has always been ahead of the curve with the nostalgic house music trend, ‘True’ shows he was only getting started with his prowess as a dynamic and versatile producer. Once again DFA has proved his talent for creating records that sound ever fresh and invigorating. The Summer has arrived.