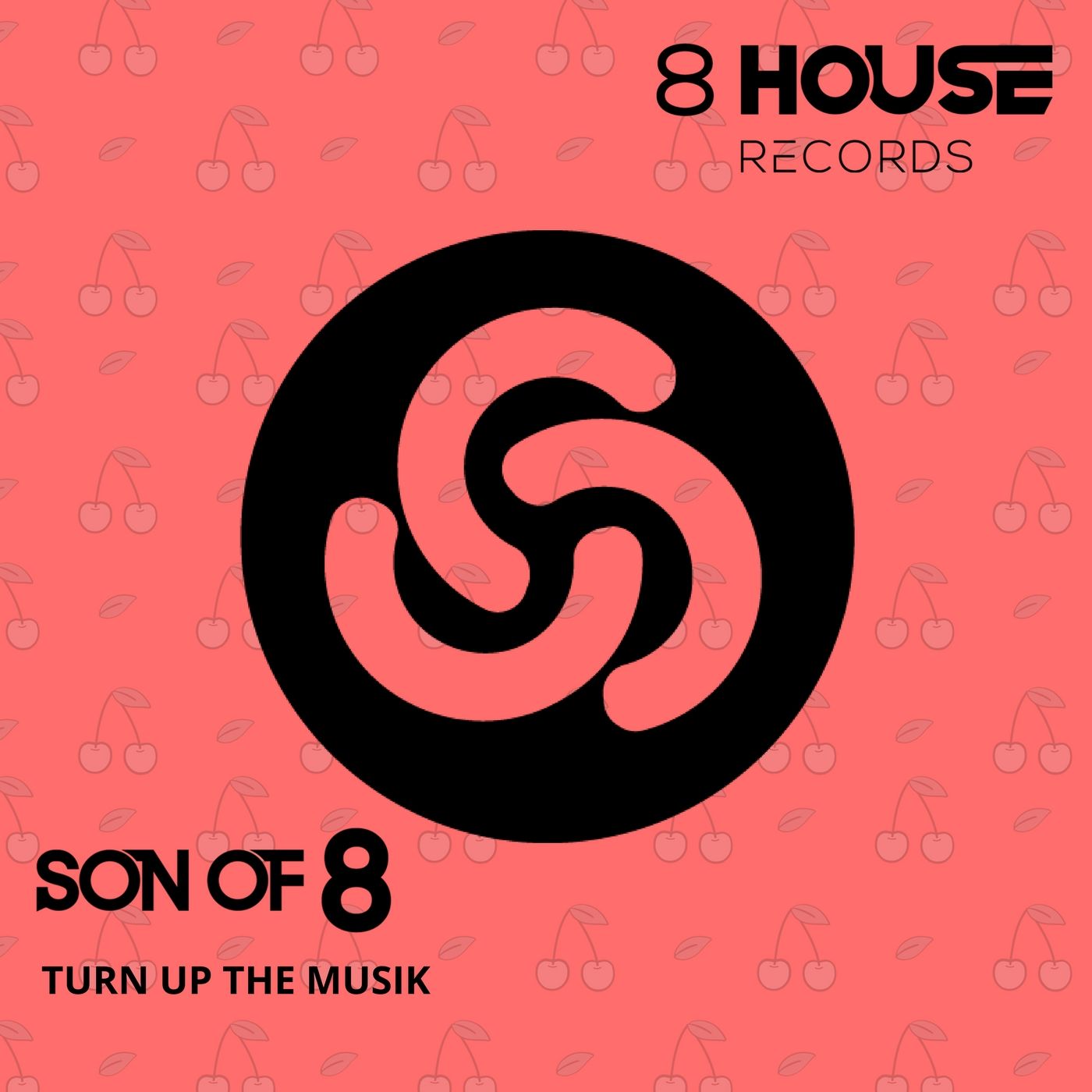 Son of 8 are back with a new two-part production on their own underground imprint, 8 House Records. ‘Turn Up The Muzik’ takes you on a time-spanning journey through dance music sub-genres and multiple decades-worth of house sounds.  Smashing Traxsource and Beatport charts of late, 8 House Records have been relentless with their releases, including tracks that have featured Charlie Hedges, Tuff London and more.  There’s no wonder the likes of Oliver Heldens, Roger Sanchez, Tough Love and Craig David are all showing big love and support to  the label and it’s owners – Son of   8, who have  also been going in with all guns blazing recently. They’ve announced dates at We Are Festival, Creamfields, Eden, Pier Jam and have just supported Hardwell at Manchester’s Victoria Warehouse.

‘Part 1’ exploits Son of 8’s heavy influence of classic house sounds with its driving, funk-fuelled bassline and equally as groovy drum loop. With samples of record-scratching and glowing soulful vocal melodies, there are undeniable flashes of futuristic disco in this eighties to nineties inspired record. On producing the tracks, Col and Paul said:

“The ‘Turn Up The Muzik’ EP came about from playing around with some groovy basslines in the studio, and just generally having a jam. We started playing around with some loops and old samples and that we processed and then added parts to the bassline. We had the 'Turn Up The Muzik' acapella from an old vinyl, it seemed to work nicely so we put it in. We probably over worked the track but saved the project as we went along. When we had a listen back to the different versions we had gone off on a tangent half way through the process and created something different. We don't usually work that way but felt both versions we ended up with worked in their own right.”

‘Part 2’ continues the theme of a groove-ridden bassline that gives the track the perfect foundation to build on. Simplistic rhythms and chimes lead into experimental synth add-ons and overtones of a darker techno vibe. Definitely one for the underground clubs and after parties, ‘Part 2’ will raise the roof with its infectious build ups and devastating drops. Son of 8 commented:

“Part 1 is more of a stripped back groover that swings. It's quite simple and production wise it's not as clever as Part 2. In part 2 we really over-engineered the sounds a lot more and really went for it on the drops and rises to give the track a more main set feel.”

Son of 8 and 8 House Records continue to hammer out release after release, and in doing so surprise us with a new levels of production time and time again. It’s time to ‘Turn Up The Muzik’ now.