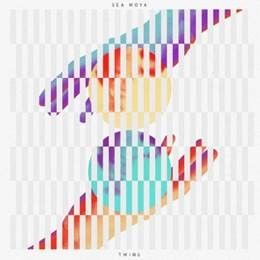 Having only formed at the start of 2015, Sea Moya have the assured sound of a band who’ve been around for years. Theirs is a sound inspired by a wide-ranging and unexpected group of influences: you can hear echoes of the psyche of Tame Impala and the easy electronica of Toro Y Moi, just as much as William Onyeabor’s deconstructed African disco or J Dilla’s hazy production. Yet every song on Twins sounds like the work of just one band.

After their debut song ‘Do Things’ received widespread attention for its Afro-psyche stylings, the band returned with ‘Slow Down’, released at the height of summer, which fused contradictory sounds into a seamless whole. The title track veers towards the pop end of the spectrum, but in the wonkiest sense of the word; the hook may be rock solid, but the production is as forward thinking as ever.

Twins is a woozily perfect introduction to a band whose music defies conventional logic. It’s pop, but not as we know it.