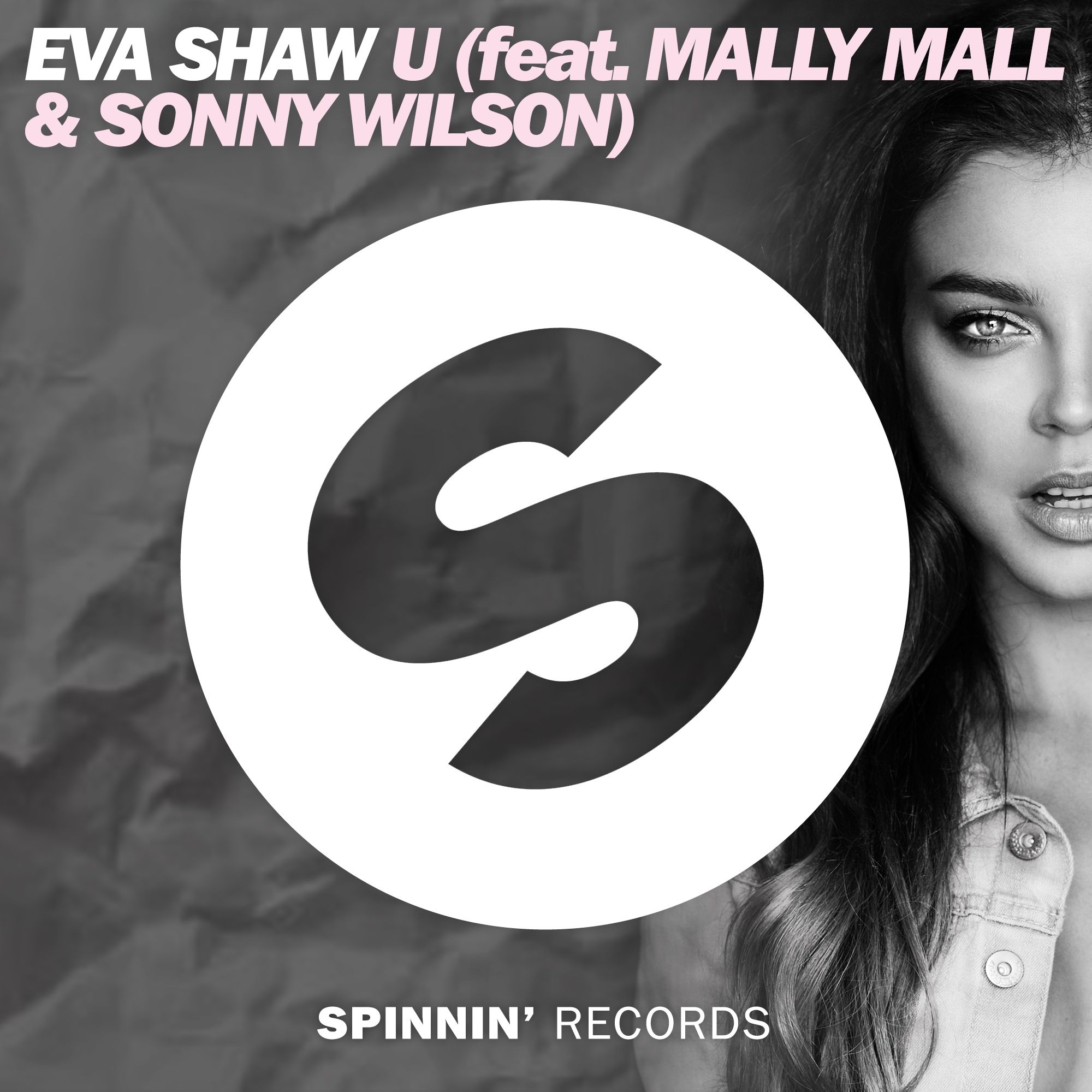 Eva Shaw presents a major house tune drenched in classic dance vibes. ‘U’ features cool, tempting bassline and catchy melody, as well as soulful vocals and cooperation of Mally Mall & Sonny Wilson – the combination working up a tempting vibe for the floor. This one will shake things up for sure, warm sounds made for this summer’s festival stages.

Dutch Canadian born Eva Shaw is internationally recognized as an innovative multitalent. She enjoyed having success in the world of fashion as a model, before she made name for herself as a DJ and producer in the electronic dance scene. Her presence did not go unnoticed to the greater audience and it didn’t took long before she was playing main stages on festivals at premier venues all over North America including shows at Omnia Nightclub and a residency at Hakkasan Las Vegas.

Her first release ‘Charizma’ was signed by Calvin Harris’ label Fly Eye and premiered on Tiesto’s Club Life radio show in 2013. She quickly followed up with 2 club hits (‘Get Down’ and ‘Space Jungle’), which both hit the Beatport Top 10. Eva continued with her releases ‘Moxie’, which was signed by Afrojacks imprint Wall Recordings, and ‘N2U’, a 2015 collaboration with Showtek which peaked at #2 in the Beatport main chart and reached more than 2 million views on YouTube.

This year Eva worked on new music in the vibrant music scene of Los Angeles with award-winning songwriters to anchor a fusion of creativity and musicality in her new songs. For her new single ‘U’ Eva teamed up with the Northern Californian producer/rapper/songwriter Mally Mall and Dutch singer-songwriter Sonny Wilson. “I started the basic idea for ‘U’ when I was in Toronto. I had it sitting on my laptop for a while. I wrote a topline on it and asked my buddy Sonny Wilson to sing a demo on it. He was so good that I wanted to keep him on as a feature.”, explains Eva.

Sonny Wilson is best know for his hit song ‘Booyah’, which was a worldwide club banger and was heavily supported by big names in the EDM scene such as Hardwell, Martin Garrix, Dimitri Vegas & Like Mike and Steve Aoki. ‘Booyah’ was a prominent song at live events and gained colossal amounts of airtime on the biggest radio stations worldwide. Continuing his current success as a vocalist, Sonny Wilson has hopped aboard another success train and is featured as a lead singer on the track ‘Sun Goes Down’ together with Magic! and Showtek on David Guetta’s album ‘Listen’. “I love it how we have put some soul in this track. It was amazing working with Eva and Mally.”, explains Sonny about ‘U’.

Eva finished the track. “I later came to LA to record on another song and Mally Mall dropped by the studio. I played this track and a few other demos for Mally (who comes from the Hip Hop world) but he loved ‘U’ in particular. He asked me if he could cut some vocals on it so he did. I loved what he added to it and then just decided to feature him and Sonny. This version was actually the radio edit (or original version). I made the club version after so I could send it out to DJs and have it played at festivals etc. I love this record and Mally & Sonny are amazing!”, continues a proud Eva.

Mally Mall started his music career as a producer working with industry veterans Ant Banks and Rick Rock. Influenced early on by both the Bay Area music scene and his Brazilian/Egyptian heritage, Mall’s multicultural background is reflected in the diversity of his sound. Heading two labels, Mally Mall Music and Future Music, Mall has helped shape the landscape of the industry today. Working with a ‘who’s who’ list of artists including Tyga, Drake, Justin Bieber, Future, Sean Kingston, French Montana, Pusha T, Snoop Dogg, Chris Brown, TyDolla$ign, Lupe Fiasco, & Usher just to name a few, Mall’s repertoire has proven he has the ability to cross genres and cross lanes into other entertainment ventures.

‘U’ is already supported by Dimitri Vegas & Like Mike, Hardwell, Afrojack, Axwell ^ Ingrosso, W&W and more.