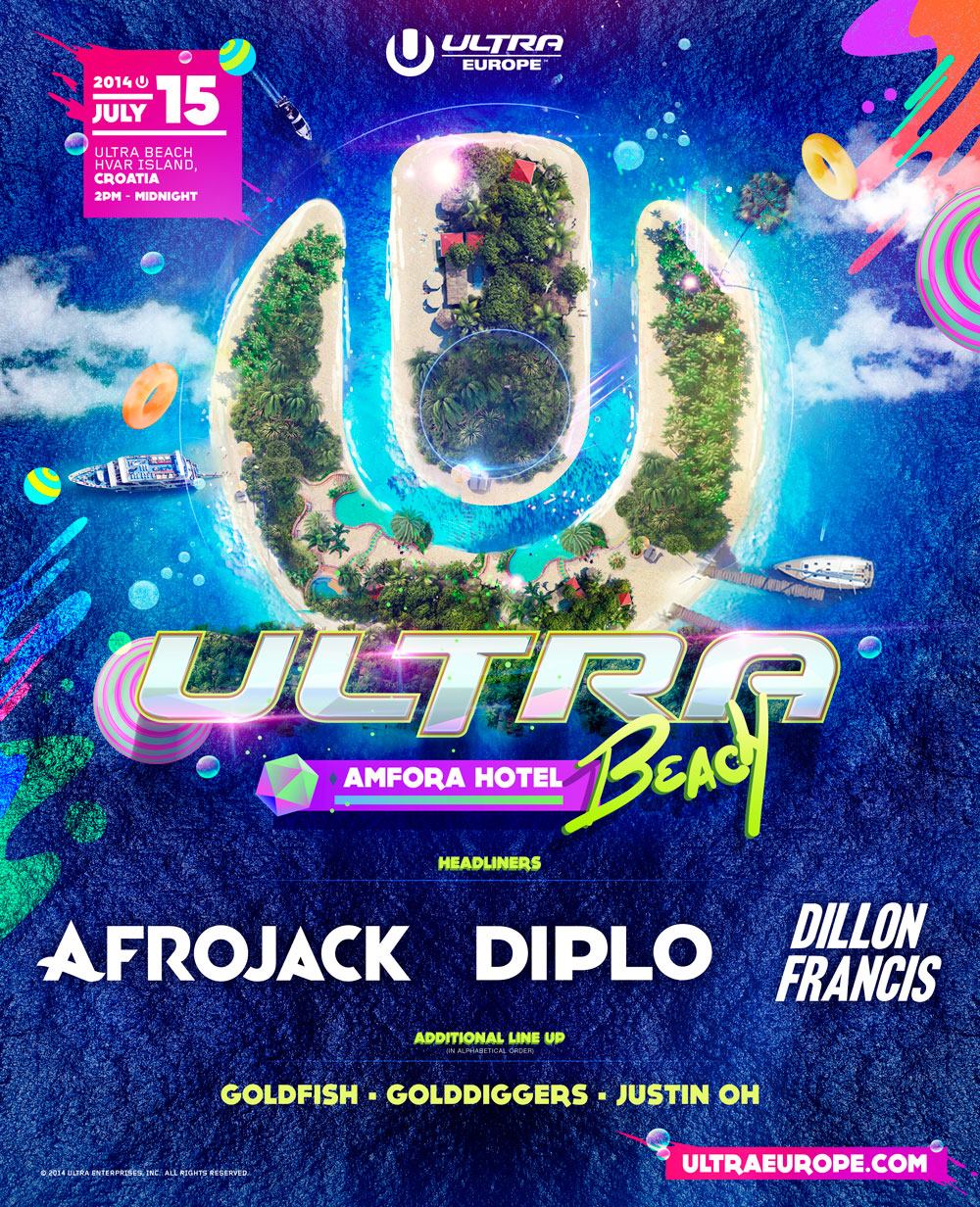 Ultra Worldwide unveil the jaw-dropping lineup and full details for the all important final send-off for Ultra Europe in Croatia – an exclusive pool party on the picturesque island of Hvar, otherwise known as ULTRA BEACH.

Set to take place this Tuesday 15th July at the stunning Amfora Hotel for the second consecutive year, Ultra Beach 2014 will be welcoming some of the biggest headliners on the planet to perform on one of the most beautiful stages there is, as 5000 revelers prepare to party on the shores of one of the most breathtaking Islands on the Dalmatian coast.

First up, and fresh off the back of his debut album ‘Forget The World’, Dutch überstar and Ultra legend Nick van de Wall – AKA AFROJACK – will be descending upon Hvar for his long-awaited first ever gig at Ultra Beach. Gearing up to showcase his high-octane brand of house music to thousands of dance hungry sun-seekers, Afrojack will be joined by none other than Mad Decent label boss and arguably one of the most hyped producers in the world right now – DIPLO. If it’s trap, hip-hop, dubstep or anything big and bassy that your after, then you’re in for a treat because rounding off the headliners and set to blow Ultra Beach away this coming Tuesday will be the one and only DILLON FRANCIS.

Kicking off at 1600 and powering through until midnight, Ultra Beach will also be playing host to South African super-duo Goldfish, Toronto-based Justin Oh and Golddiggers.

Tickets for this event have now completely sold out.

For all further information please head to: