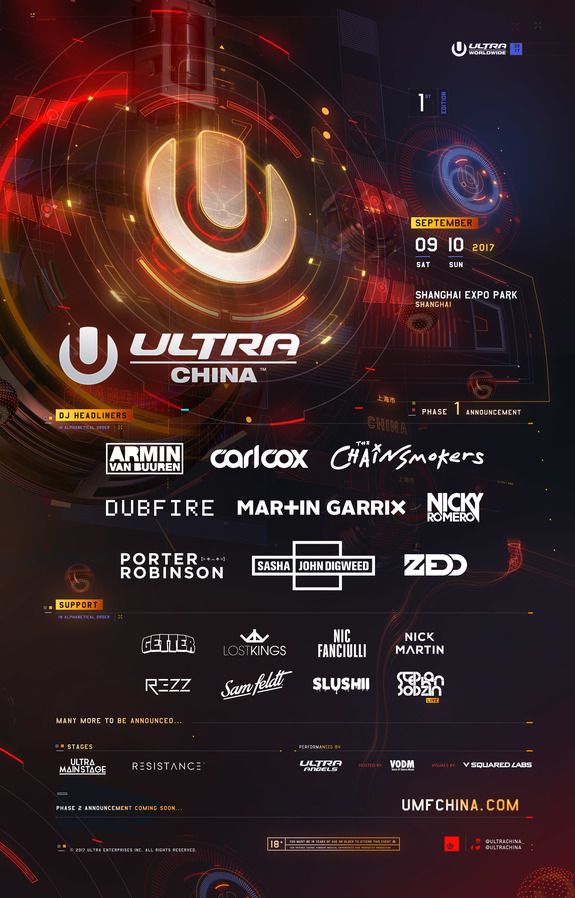 ULTRA China has dropped the Phase One lineup for its debut edition in Shanghai on September 9-10, 2017.

Set in the heart of the city at Shanghai Expo Park, ULTRA China’s Main Stage will be headlined by some of the biggest names in music, with Armin van Buuren, The Chainsmokers, Martin Garrix,Nicky Romero, Porter Robinson and Zedd all confirmed to grace the inaugural two-day event.

Adding to the impressive list of A-List headliners, an eclectic array of support on the Main Stage comes from Getter, Lost Kings, Nick Martin, Rezz, Sam Feldt and Slushii, while Nic Fanciulli andStephan Bodzin (Live) will lay it down at RESISTANCE.

ULTRA Worldwide’s venture into China marks the first time an independent festival promoter will have produced an event of this magnitude in the region. China will become the twenty-thirdcountry to have received the festival.