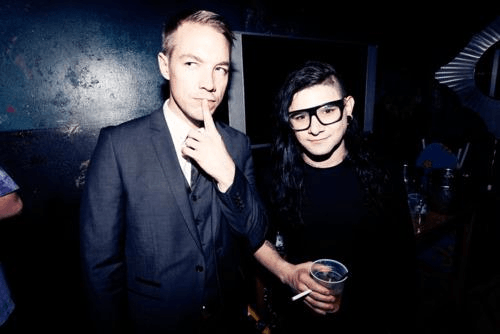 Having dropped what fans and critics claim to the best Phase One line-up to date, Ultra Music Festival now slams down a tantalizing Phase Two, teaming with more top-drawer talent and complete with a World Premiere festival performance that is some 10 months in the making.

‘Jack U’, the collaborative production project announced by OWSLA boss Skrillex and Mad Decent head honcho Diplo back in April 2013, will finally get its festival inauguration at Ultra over the weekend of March 28th-30th at Bayfront Park, Downtown Miami. As two of the biggest hitters in the world of bass music prepare to take to the decks, back-to-back, you can be sure that this particular performance will go down as one of the most memorable in Ultra Music Festival’s 16 year history.

In addition to Ultra’s goliath Main Stage, the ever-impressive Live Stage and the inimitable Ultra Megastructure hosted by Carl Cox & Friends (10 Year Anniversary) and Armin van Buuren (ASOT 650 New Horizons), all of which were confirmed at the back end of 2013, the rest of Ultra’s stages can also now be revealed.

Providing the very best in underground house and techno, for those who like their grooves deeper and darker than most, will be the brand new Underground Story | Link Miami Rebels stage. Taking things a notch deeper on Friday and Saturday with the likes of Jamie Jones, Art Department, Solomun and Tale of Us, this will be replaced on Sunday by the Ultra Ibiza | Space Ibiza collective, hosted by stalwarts and heavyweights such as Cirez D, John Digweed, The Martinez Brothers, Dusky and Cajmere.

As ever, the Ultra Worldwide Stage will return on Friday 28 and Saturday 29 March to welcome some of the biggest names in Trap, Dubstep and Drum & Bass including Carnage, Borgore, Adventure Club, Dillon Francis, Flosstradamus and RL Grime, while Sunday will see the likes of Fedde Le Grand, Gareth Emery, Cedric Gervais, Mat Zo and Danny Avila rock the Ultra Korea stage like only they know how.

Finally the much-loved UMF Radio stage will be running all weekend long, featuring some of the very best up-and-coming DJs from the past 12 months, as well as some more experienced players thrown in for good measure. From Kill The Noise, Alvin Risk and 12th Planet on Friday, to Cazzette, Dyro, Dannic and chart-sensation Ummet Ozcan on Saturday, Ultra will then be venturing into unchartered waters on Sunday as the UMF Radio stage gets a nu-disco makeover. With special performances from the likes of RAC, Oliver, Moon Boots, Julio Bashmore and Cyril Hahn among others, be sure to expect big things!

Limited remaining tickets for Ultra Music Festival are on sale via the Official Website.

For all the latest news and information on Ultra Europe you can stay up-to-date through the Ultra Music Festival Facebook and Twitter pages.