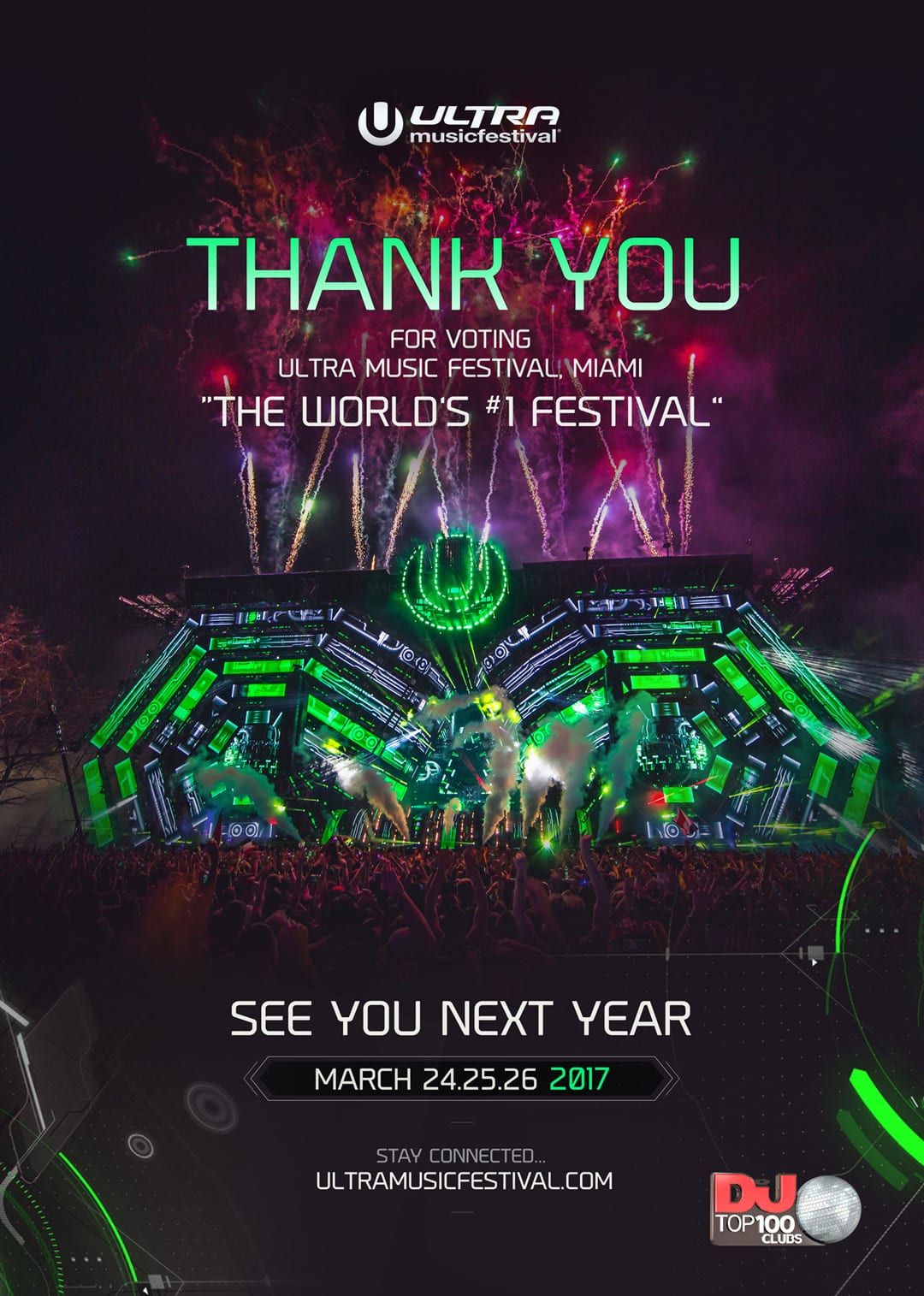 In Ultra Music Festival’s illustrious eighteen-year history, no year has been as fruitful, or as widely successful as these past 365 days. Since its inception in 1999, the brainchild of co-founder Russell Faibisch has gracefully evolved from an intimate Miami gathering on the beach to a worldwide powerhouse, dominating territories spanning an incredible five continents and twenty countries. Now, entertaining hundreds of thousands of ultranauts across the planet each year, ULTRA Worldwide has firmly established itself as the ONLY truly global festival brand.

Kicking off the summer festival season, ULTRA Worldwide has announced the launch of a brand new website, coinciding with the release of FINAL KID's hour-long 'ULTRA Worldwide 2015 Year Mix'. With this, Charly Friedrichs and his team showcase the massive global impact of DJ Mag's No.1 Festival in the World and outline the ever-evolving nature of the world's most international festival brand.

Also, recognizing ULTRA's dominance, DJ Mag sat down with principals Russell Faibisch, Adam Russakoff and Charles Faibisch to discuss ULTRA Miami being crowned the No.1 Festival in the World as voted on by hundreds of thousands of fans. Reflecting on their beginnings, and the growth of ULTRA Music Festival Miami, Russell Faibisch said:

'Since our inception more than eighteen years ago, ULTRA has always presented incredible, diverse, forward-thinking line-ups — it’s our signature… Sometimes we find ourselves ahead of our time.'

Boasting a slew of new stage designs, and lineups that only ULTRA can provide, the brand is charging into the summer of 2016 with unprecedented fervor. With ULTRA Europe and 11 more events on the horizon still this year, following the completion of ULTRA Korea's newly expanded 3-day festival (including a signature UMF TV global live stream) and the SOLD OUT Road to ULTRA Thailand in Bangkok this past weekend, the Miami born festival has positioned itself as the dominant international festival brand.

For more information about tickets and lineups for all Ultra Worldwide events, stay tuned to www.umfworldwide.com and  www.roadtoultra.com