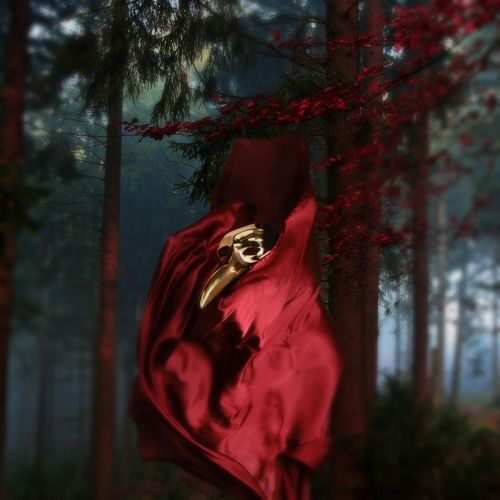 “Under The Moon” is the latest single to be taken from Claptone’s forthcoming album Fantast.

It’s an exquisitely executed piano-led deep house groover, the kind of which the Claptone name has become synonymous with over recent years. It’s the song that’s been getting the big response in Claptone’s DJ sets of late and its release has become hotly anticipated amongst his fans. The song gradually builds tension as Nathan Nicholson’s vocal weaves through until an almighty release into a driving bass line.

It’s also the return of a collaboration which brought about “Heartbeat,” the runaway single from the masked man’s debut album, a track which for many sound-tracked the summer of 2015 and has since notched up 20m Spotify streams.

With a hectic touring schedule ahead for mysterious man, and remixes on their way from Cassius, Catz N Dogz and Lee Foss, the track is set to play a big part in Ibiza and at festivals throughout the Summer.

Claptone is a unique proposition in modern music. Painted as a mythical character shrouded in mystery, Claptone has become one of the biggest names in electronic music whilst himself remaining in the shadows. He has however constantly sought to deepen his own distinctive world, creating a rich tapestry, which tells the Claptone story.

In his second artist album Fantast, the Claptone universe is at its deepest and most vivid. He is the master of his domain and in his most artful offering yet, the assured 13 tracks of Fantast come together to create an album full of varied colours and atmospheric textures.

In music Claptone seeks not to create a world of secrecy, but one of great depth and intrigue. An enigma with a tireless desire for creativity and thirst for new music, Claptone has brought together a diverse group of collaborators such as Bloc Party’s Kele Okereke, Blaenavon, Tender, Jones, Zola Blood, Austra’s Katie Stelmanis, The Boxer Rebellion’s Nathan Nicholson, Clap Your Hands Say Yeah, Joan as a Police Woman and Matt Simons.

“Over the last two years it has been a great pleasure to work on this album as a counterpoint to the hectic world of travelling as a DJ. To lose myself when making music, to dive into and create my very own realm of beauty. I admit it's a dreamy, a heartfelt, at times a naive and surely escapist album, but what to do if one – on the quest for his soul – develops a strong desire to go back to his roots, back to nature? Did I find myself on that journey? Rather not. But I found some beautiful moments in the green, out in the woods, out in the fields, under the moon and in the night, moments, which I want to share with you. And there is one thing I learned and now it can be told, I am and have always been a Fantast.”

We caught a glimpse of his ambition to produce a body of work in Claptone’s debut artist album Charmer which has scored over 60million streams and counting, but it’s in Fantast that Claptone really delves deeper into the art of songwriting.

2018 will see another intense year of touring as a DJ with Claptone taking his immersive 'The Masquerade' event experience further, having built momentum over the last 18 months hosting events and stages in Los Angeles, Berlin, Paris, Melbourne, Barcelona and New York and at festivals like Tomorrowland, Melt Festival, Elrow at Amnesia Ibiza, Green Valley in Brazil.