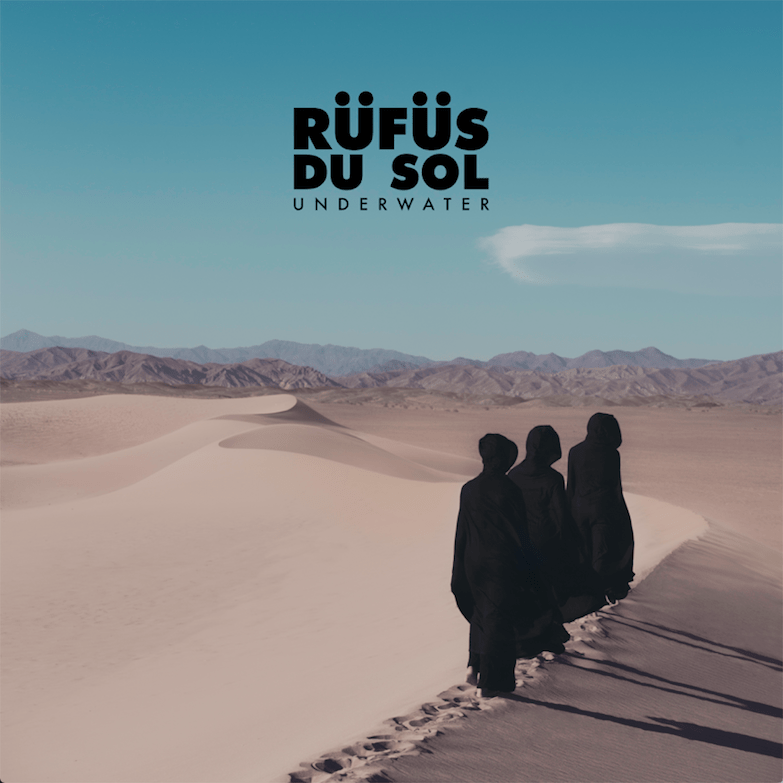 Globally renowned live-electronic trio RÜFÜS DU SOL release their second offering ‘Underwater’ from forthcoming album ‘Solace’. The track espouses the boundary-pushing production, and soaring vocals that RÜFÜS DU SOL have built their name on. ‘Underwater’ is another glimpse at the band’s on-going evolution, following the band’s debut track ‘No Place.” ‘SOLACE,’ out this fall, promises to elevate RÜFÜS DU SOL’s emotive and captivating sonic storytelling to another level.

Comprised of members Tyrone Lindqvist, Jon George and James Hunt, RÜFÜS DU SOL occupy the intersection of propulsive indie music and emotive house. They have managed to combine the DIY live aesthetics of rock with the euphoria of classic club culture, creating a sonic realm all their own.

The band’s debut album, ATLAS, reached No. 1 on the Australian charts and reaped Platinum status – successes that were repeated with its follow-up record, Bloom. Released in 2016, Bloom offered such iconic singles as “You Were Right” and “Innerbloom,” and launched RÜFÜS DU SOL on a two-year international tour, playing over 100 sold-out shows across 13 countries.

RÜFÜS DU SOL has spent the past year in Venice, CA, writing and recording their third album, which is largely influenced by the dichotomy of the stark desert landscapes and beautiful coastline of California. It’s a fuller exploration of RÜFÜS DU SOL’s ever evolving musical spectrum, a deeper dive and a more intimate glimpse into both melancholy and transcendence.

“It feels like a new RÜFÜS,” the trio says. “We are inspired by our new home out here, by the people we’ve met and the music we’ve heard along the way. We’ve got a refreshed sense of ambition and cannot wait to share our creation with the world.”