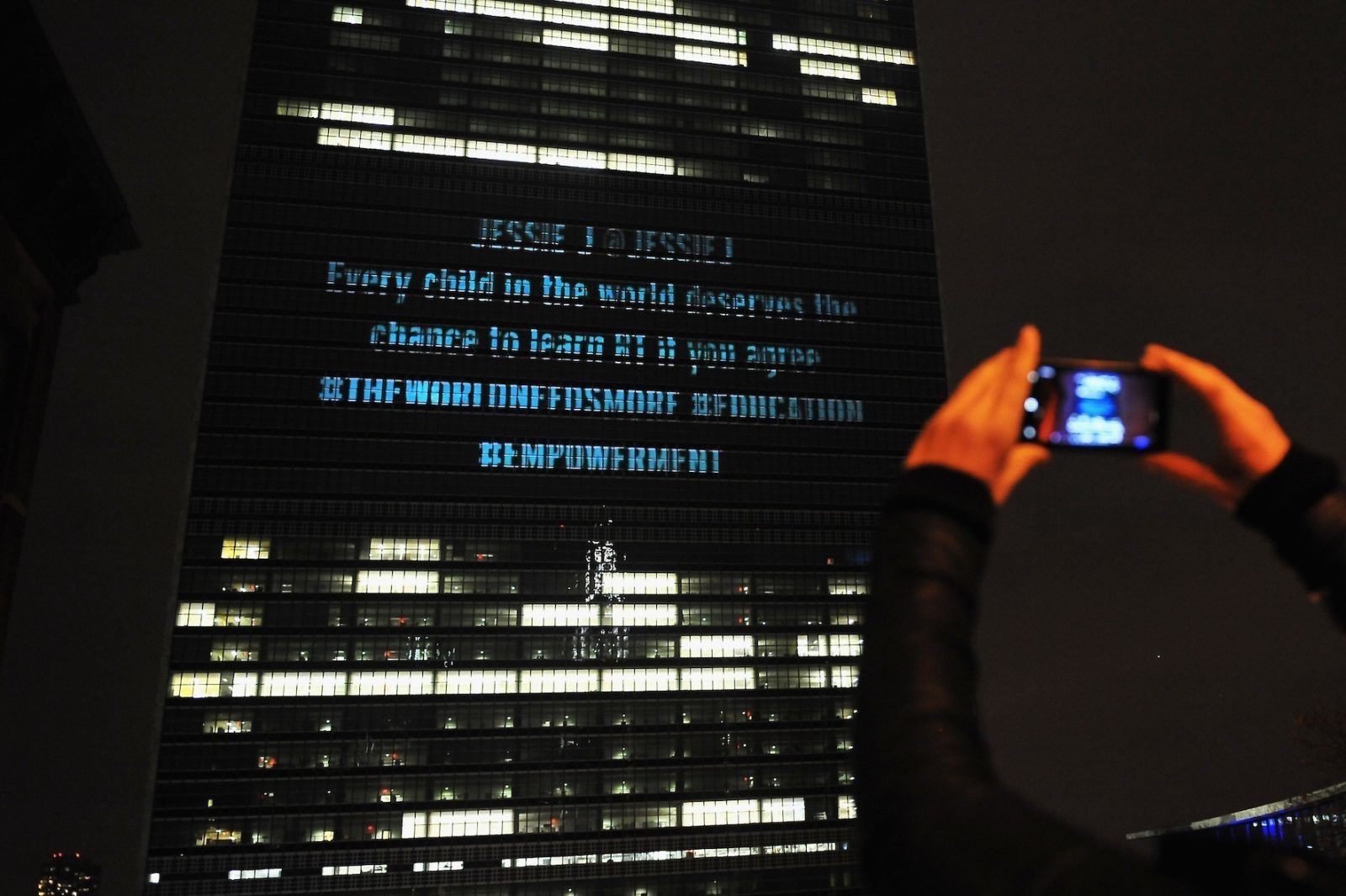 International music star David Guetta, together with the United Nations and international aid organizations tonight launched a music video for the  new  track  ‘One  Voice’,  in  support  of  “The  World  Needs  More___”  campaign  to  raise   funds for humanitarian emergencies. The track and video were penned and performed for the campaign by music artist Mikky Ekko.

“The  World  Needs  More___”  campaign  enables leading brands to sponsor a word they believe the world could use more of. Each time these words are shared on Twitter or through the campaign website www.theworldneedsmore.org, US$1 is unlocked to support aid  efforts  in  the  world’s  most  underfunded  crises,  literally  turning  words  into action. The campaign was launched on World Humanitarian Day, 19 August, and the video is being launched now to raise funds that can go directly to ease the devastation and loss caused by Typhoon Haiyan in the Philippines.

David  Guetta  produced  the  video  especially  for  the  United  Nations.  “Music  is  a  powerful   way to connect and  to  bring  people  together,”  said  Mr. Guetta.  “Together  we  can  use  our   voices to make a real difference for people in need around the world. I am so honoured to be part of this campaign. If we can make a change just by saying what the world needs now and raise money to help the UN – wow.  That’s  incredible.  I  want  the  video  to  show   just what the UN does to help people and use my community to share this – and them with  their  friends.  I  collaborate  in  my  music;;  I  want  us  all  to  collaborate  in  this.”

“We  know that humanitarian needs are growing and that if we are to meet those rising needs we must do things differently,”  said  Valerie Amos, UN Humanitarian Chief.  “We need more partners and supporters. This campaign is a chance to do just that and we are grateful  to  David  Guetta  for  lending  his  voice  and  talent  to  this  cause.”

The music video was directed by Michael Jurkovac together with advertising agency Leo Burnett New York. It was

The mission of the United Nations Office for the Coordination of Humanitarian Affairs (OCHA) is to mobilize and coordinate effective and principled humanitarian action in partnership with national and international actors broadcast in real time through Livestream via Mr. Guetta’s Facebook page. Following  the  music  video’s  debut,  the building was used as the backdrop for an interactive Twitter wall, becoming the canvas for tweets from around the globe. David Guetta has 47 million Facebook followers and 16 million on Twitter, making him one of the most followed people in the world.

By supporting a sponsored word through the double hashtag #theworldneedsmore #yourword, US$1 will be donated to humanitarian aid or to raise awareness. In the United States,  individuals  also  have  the  option  to  contribute  US$10  by  texting  ‘ONEVOICE’  to   90999.

Jay Benjamin, Chief Creative Officer of the advertising agency Leo Burnett New York, which helped to create the campaign, said: “The World Needs More represents a whole new approach to cause marketing. The platform harnesses the power of social media in a way  that  hasn’t  been  done  before.  It  turns  people’s  words  into  action,  and  allows  brands   and consumers to  work  together  to  shape  a  better  future.”

“We  are  honoured  to  support  this  initiative  led  by  the  UN  and  David  Guetta,”  said  global   philanthropist Anthony Melikhov of the unite4:good foundation, which was a presenting partner for tonight’s  event.  “unite4:good is based on creating awareness about important causes and the power of unity in creating positive change in the world. If we come together in simple acts like tweeting and taking action for what we stand for, we can make an important and lasting difference in the world.”