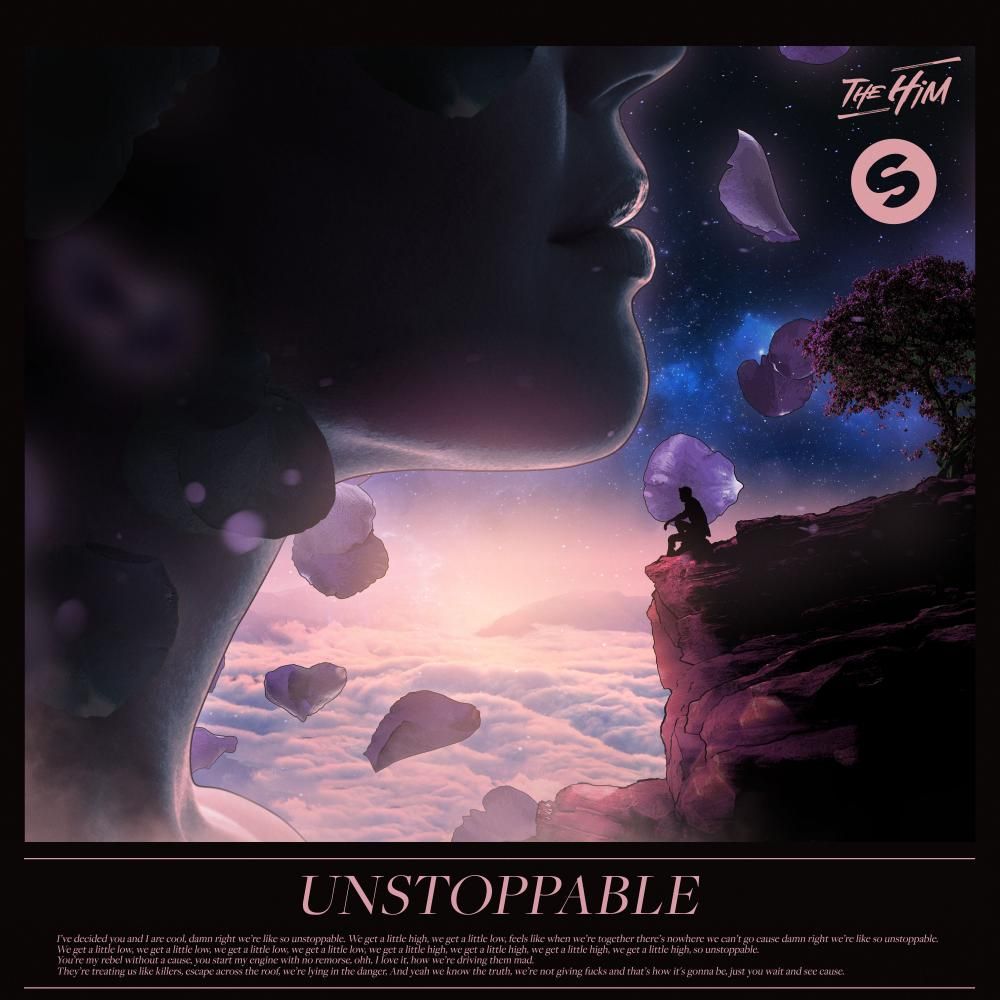 Get ready for The Him, one of Holland's quickest rising dance acts, bound to turn more and more heads in 2019. As if they wanted to underline their ambition for the new year, the duo releases 'Unstoppable', a euphoric vocal dance tune already building on widespread DJ support, and surely one of this early year's dance anthems – out now on Spinnin' Records.

2018 can definitely be seen as The Him's claim to fame, a year filled with highly acclaimed releases and landmark performances. By now, their name rings bells with a huge, international fanbase, following this Dutch duo with every step it takes. Their secret, a relentless amount of energy and innovation put into their music, working up new sounds with every single.

'Unstoppable' builds on this reputation, firing up the senses with a gust of vocal power before unleashing some infectious chords and euphoric climax. It's an upbeat vibe, best expressed in the track's chorus, a singalong vocal line that seems made to turn a smile on everyone's faces. It's what makes The Him's music so enchanting, the amount of positive feelings packed in timeless melodies and contemporary dance rhythms.

They couldn't have started the new year in a better way. 'Unstoppable' resembles everything The Him has reached so far, and what they're reaching for this year. DJ support is already strong, including Afrojack, Sam Feldt, Dimitri Vegas & Like Mike, Jay Hardway, R3HAB and many more.

The Him:
"We had such an incredible year in 2018 so we wanted to make something that has that happy vibe of being on a roll and feeling unstoppable"

Whether it be crafting infectious melodies with their transcendent originals and innovative remixes or their electrifying crowds with their energetic sets, The Him are the international dance force to be reckoned with.

Hailing from the dance capital of the world, Amsterdam, the Dutch team of Jeroen Kerstens and Steven Berghuijs formed their partnership in 2015 when they started working together in the studio. What started with doing monthly bootlegs soon turned into serious hits with originals like "Feels Like Home" and "I Wonder", both with over 25 million streams on Spotify alone.

The Him has remixed some of the biggest artists in the world to much acclaim, The Chainsmokers, Martin Garrix, Tiësto, Miley Cyrus and Kygo to name a few. They are signed with Spinnin Records where they successfully released originals like "Nothing on Us" and "Broken Love".

They are currently touring the world, playing some of the biggest stages out there including Tomorrowland, Lollapalooza, Sziget, Neversea, Ultra Peru and many more.