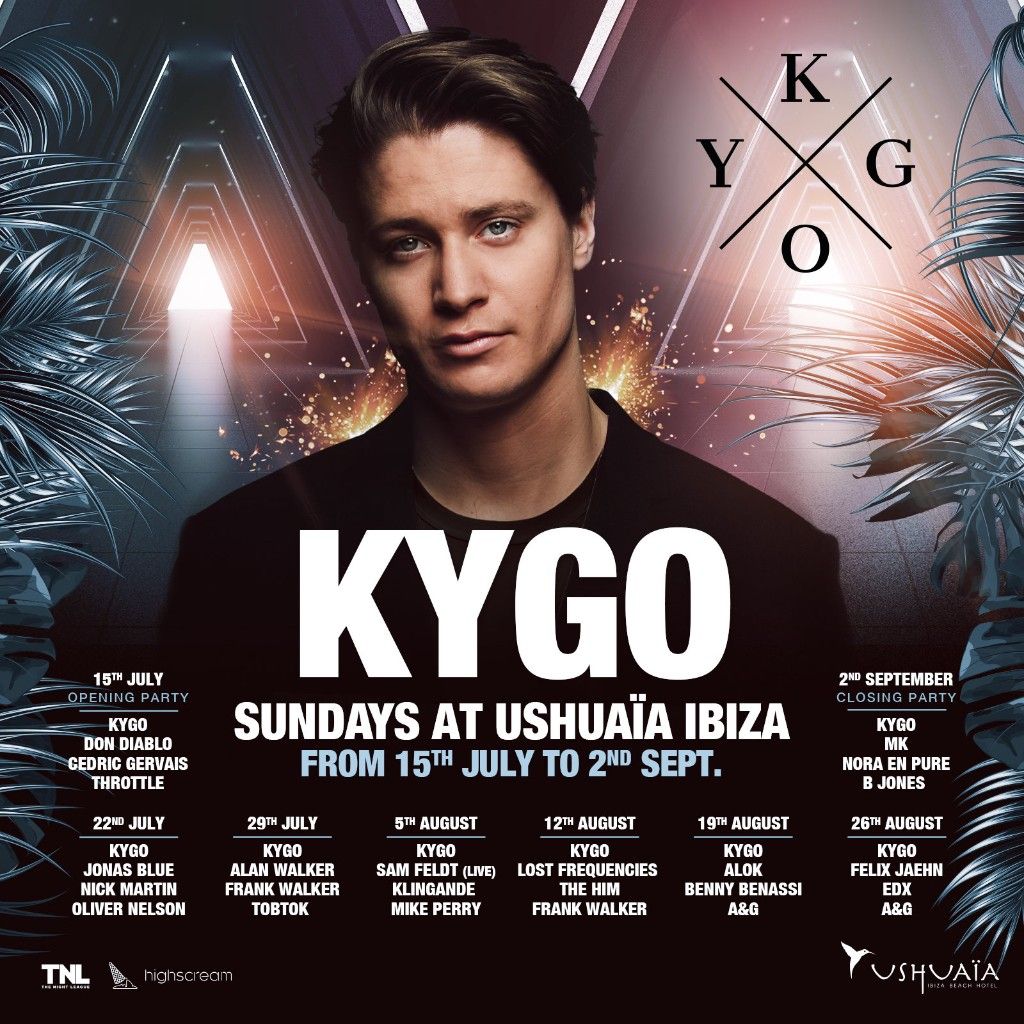 Ushuaïa Ibiza has revealed an exceptional lineup of acts who will join the international sensation, Kygo, on the open-air club every Sunday this summer. The acclaimed DJ and producer has assembled a selection of the industry’s most admired DJs to join him on the poolside stage.

Boasting massive names from the Future House founding father, Don Diablo to the deep house tastemaker Sam Feldt, the last night of the week at Ushuaïa Ibiza is in check to be one of the biggest. Specially curated to deliver the ultimate tropical house vibe, the lineup is filled with party starters, including Jonas Blue, Nick Martin, Frank Walker, Lost Frequencies, Benny Benassi, ALOK, Alan Walker and many more. You can check the date by date lineup on the Ushuaïa Experience website.

Norwegian-born, producer, songwriter and music marvel Kygo has become one of the dance world’s most recognised names, famed around the world for his inimitable sound. No stranger to storming the charts, the release of his single ‘It Ain’t Me’ with Selena Gomez, saw him reach the Top 10 in the Billboard Hot 100 and amass over 700 million Spotify streams, with subsequent single ‘First Time’ with Ellie Goulding charting at #1 in 14 countries. His sophomore album ‘Kids In Love’ – released in November 2017 – has earned him widespread critical acclaim from the music world. About to embark on a 15 city tour of the same name across Europe and North America, kicking off in February 2018, Kygo has also just been announced to headline Coachella this April.