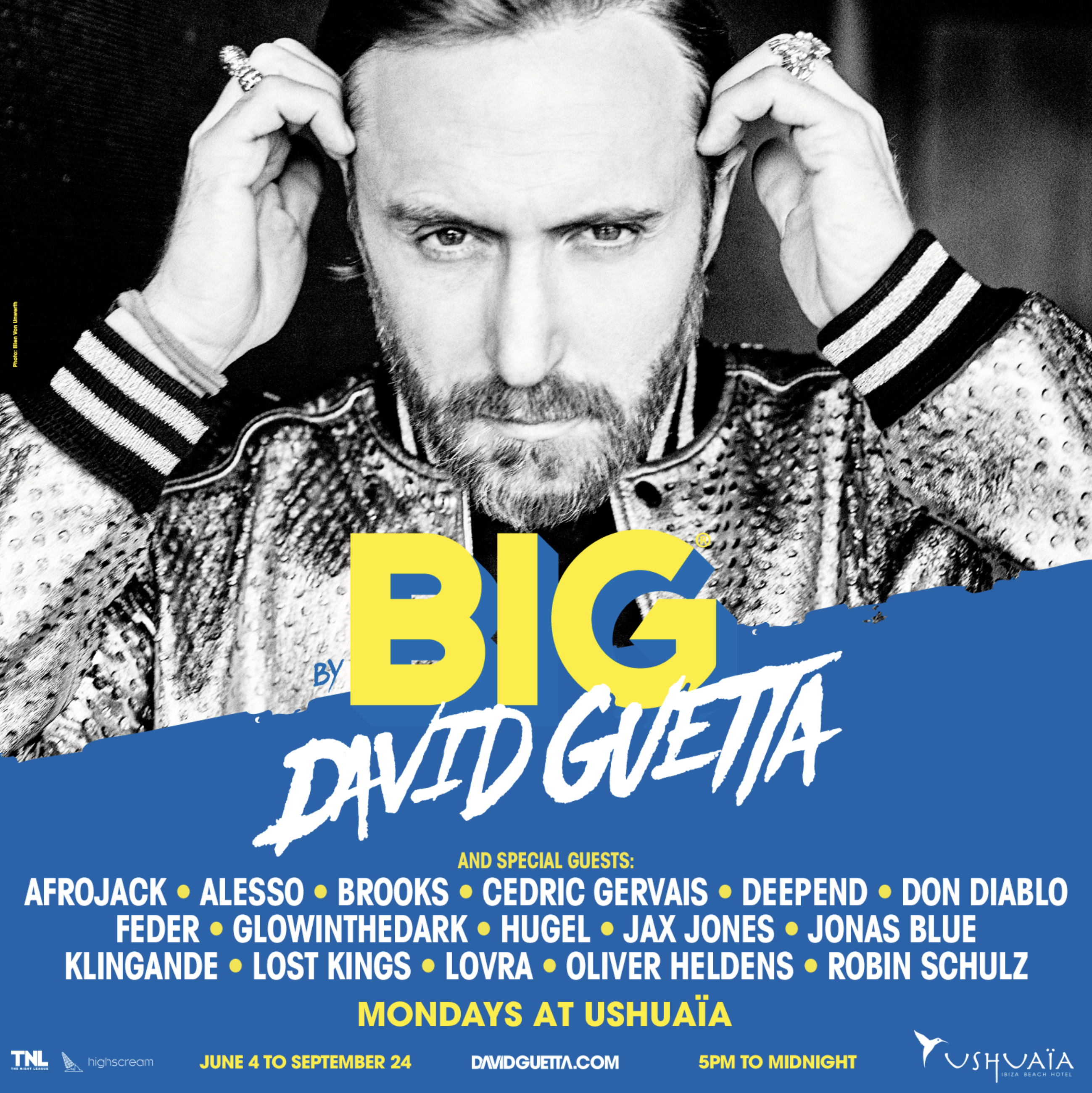 David Guetta will return to Ushuaïa Ibiza for the seventh season this year, bringing with him a collection of the dance industry’s finest acts. BIG by David Guetta will takeover Ushuaïa Ibiza every Monday from June 4th to September 24th, and just as the name suggests, guests are in store massive productions – with a lineup to match.

The platinum-selling artist has assembled a posse of the most-sought-after artists to join him on the open-air stage, including fan-favourites Afrojack, Robin Schulz, and Oliver Heldens. Boasting many respected DJ names such as Don Diablo,  Alesso, Jonas Blue, HUGEL and LOVRA, just to name a few, BIG by David Guetta is in check to the best selling show on Ibiza for the 7th year running.

While the full lineup with dates can be viewed on Ushuaïa Ibiza website, a short preview reveals the high calibre of this season’s roster including Feder, Jax Jones, GLOWINTHEDARK, Lost Kings, Brooks, LOVRA, Deepend and Klingande.

From the mammoth main stage to the lake shaped pool, Ushuaïa Ibiza is not known to compromise on lavish productions. But BIG by David Guetta is strikingly more extravagant than any other event. With one more special guest to be announced, event organisers have saved the best for last, promising to reveal another powerhouse DJ act soon. Featuring David Guetta, the most sought-after artist in the electronic music scene, tickets to his event are known to sell in a flash.

Check out the full-season dates and lineup here by visiting www.ushuaiaibiza.com