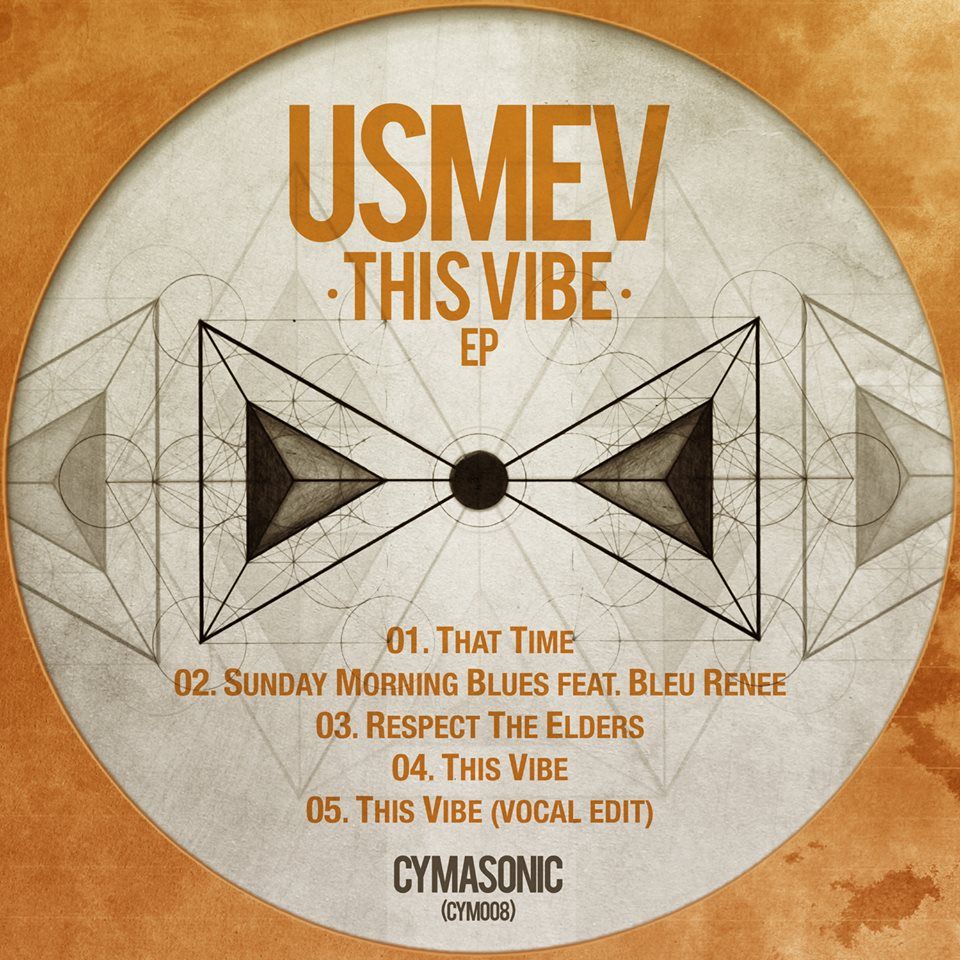 The half-Norwegian, half-Spanish label Cymasonic is back with some  Catalan deepness straight out of Barcelona in This Vibe, a brand new five track EP by  Usmev. A conservatory-trained pianist and guitarist, Usmev is no stranger to the label having previously released and remixed on multiple singles.

The first track, “That Time”, is an exploration in rich, thickly layered chords accompanied by a chunky kick and a rhythm that scatters, close to completely breaking away … a definite party starter. “Sunday Morning Blues” features the vocal magic of fabulous Atlanta-based singer Bleu Renee. It’s playful in its claps and other percussive elements while deeply hypnotic in its melody and lyrics, which come from a darker, cautionary, and extremely personal place. “Respect the Elders” follows with a pep to its step and a bass with plenty of bounce to match. Chord stabs rise in classic style while deeper, more sustained notes sneak their way into the listener’s headspace. The EP’s title track comes in two versions: the original “This Vibe” — which starts out as a house track but evolves into a more electro-disco affair half way through — and a slowed down Vocal Edit that should make serious waves in the upcoming summer.