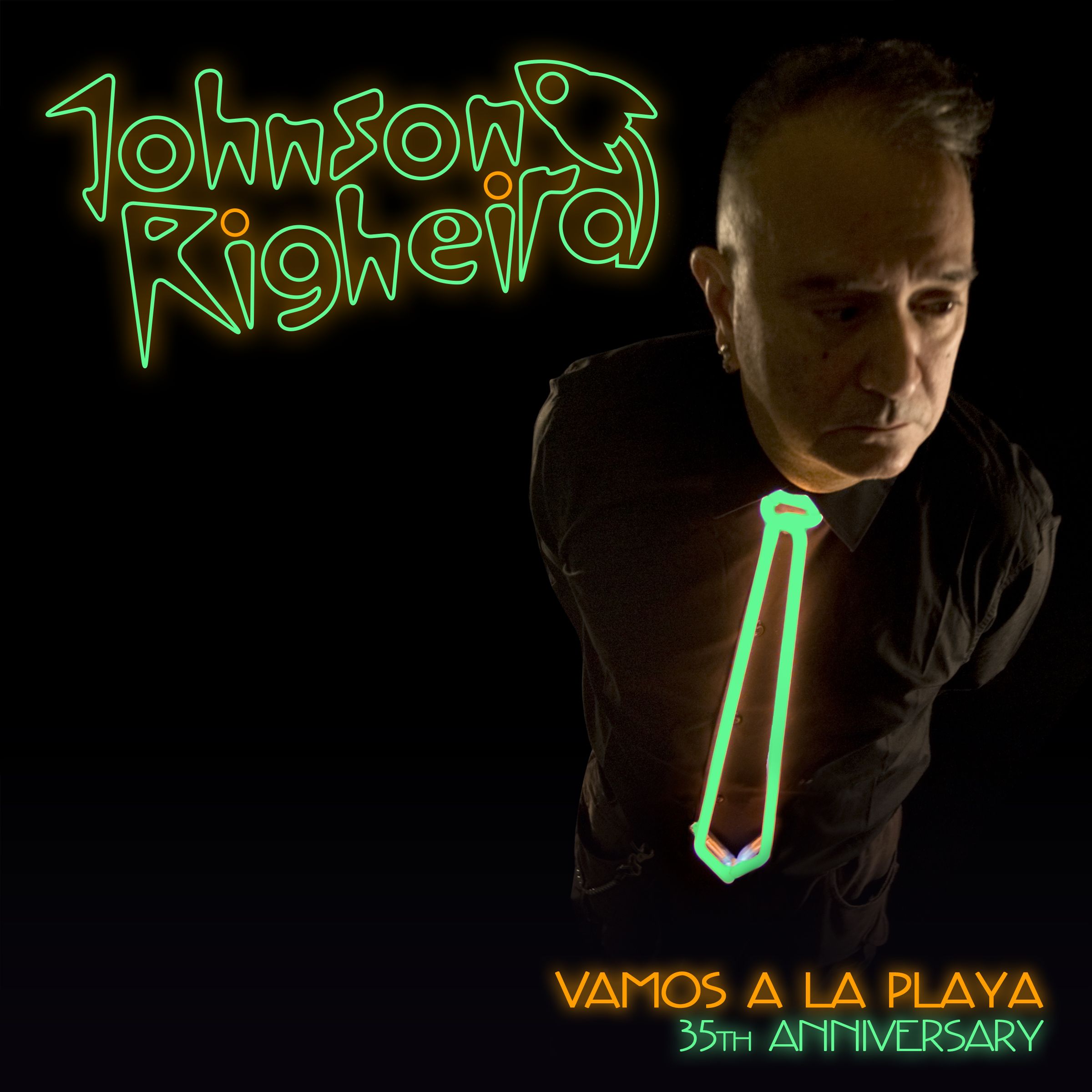 Opilec Music is back with another culturally significant release and one which is the first part of a forthcoming compilation series project entitled I-Robots – Turin Dancefloor Express – Piedmont Area Rare Grooves, Disco & Not Disco Sounds. It features a seminal Italo disco track by Johnson Righeira (who also re-recorded the vocals specially for the 2016 Remakes) in its original 1981 demo form as well as with reconstructions by the label boss I-Robots plus acclaimed Italian disco stars Baldelli & Dionigi.

This cult and pioneering track was found on a 1981 C90 tape in the vaults of Susanna Massaia, a close friend and fan of the man who made it, namely the legendary Johnson. He is the original solo songwriter of the tune and its great chorus of “Vamos a la playa, oh, oh, oh” (full lyrics can be read here). He recorded it with the mighty Monuments band at TKS studio and years after he formed Righeira (aka the duo of Johnson and Michael) and the track was produced with la Bionda and went on to sell more than three million copies, making it an evergreen and still classic hit in the worldwide disco scene. Hearing this track in early original form is a real landmark moment that takes us back to the hugely influential Turin scene of the 80s and re-writes the history of early Italo.

In original form ‘Vamos A La Playa’ is a dark and broody disco beat with tight drums and hits, robotic, de-humanised vocals and futuristic synths that laid a clear blueprint for years of dance music to come. The I-Robots Reconstruction is crisp and clean, with even more magical synth lines stitched in and a more spooky lead.

Contemporary stars Baldelli & Dionigi then step up to produce some great new versions. The first is a Cosmic Remake that updates the track for modern dance floors with hard hitting drums and stiff percussion that really demands you dance. I-Robots then edits this with a subtle touch that makes it even more direct.

Then comes a brilliant Cosmic Bizarre Remake that is skittish and kinetic, with busy synths and warm organ chords bringing lots of fast energy to the beat and finally, plus a Bizarre Remake that focuses on the freaky synth lines and a straight Remake that offers yet another sympathetic twist full of vibrant colours. Lastly for the remakes, I-Robots edits this one into a smooth and retro sounding but futuristic cut that bubbles and bristles with disco energy.  Last but not least is an original demo version of ‘Disco Volante’ a much more carefree and playful track with quick and slick drums, fluttering vocals and al fresco synths bringing the good times.

Once again this is a vital project from the ever conscientious and culturally astute Opilec Music label.