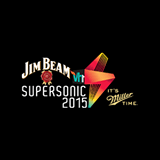 Vh1 Supersonic festival will take place from 27th to 30th December at the Candolim beach in Goa, India and now the final wave of acts as been announced. Alongside some massive names, from Dance music, there are underground pioneers from across the worlds of house, techno and bass.

In no uncertain terms is Vh1 Supersonic responsible for helping to boost the Asian dance market, which is consistently on the up and is always expanding in every direction. India now produces plenty of top DJ and producer talents, has a wealth of dance parties and large festival offerings, and at the heart of it all is Vh1 Supersonic, who champion home grown talents and big international artists by way of City festival, Club and Campus events, all culminating in to mega Dance Music festival in December.

With this final wave of acts, and superbly balanced Line-up, it is fair to say that Supersonic is going to be the most important and influential music event in all of India this winter.