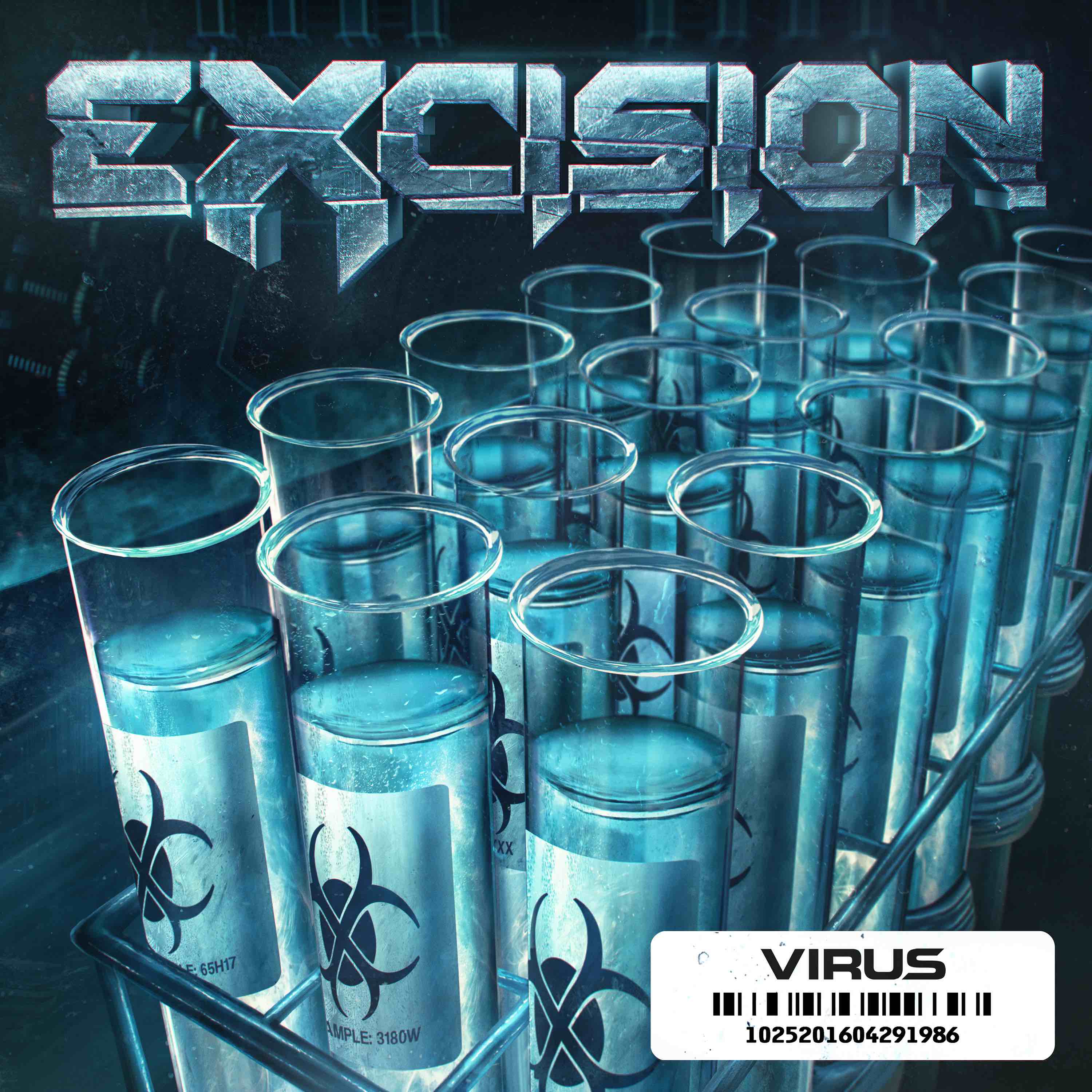 A violent epidemic outbreak is upon us. Excision’s brand new album, Virus, drops today – just in time for Halloween. The Canadian bass artist’s the third studio album touts his prowess for heavy-hitting sonics and low end power drives across 16 tracks, accompanied by collaborations with artists including Datsik, Prototype, Space Laces, Dion Timmer and more. In short order, “Virus” has debuted at #1 on iTunes Dance and as the #7 album on all of iTunes.

Virus delivers a slew of hard-hitting, neck breaking tunes ready to infect subwoofers everywhere with their synapse-twisting properties. In addition to more classic dubstep bangers reminiscent of Excision’s notorious style such as “Neck Brace” and the titular track “Virus,” the collection also branches into other genre realms showing a more emotive side of the headbanging king. Tapping into a more melodic style, “Drowning,” features soaring anthemic vocals from Akylla and encompasses heavy euphoric bass feels and “With You” features airy sensual vocals from songstress Madi.

Also on the album is the single “Throwin’ Elbows,” which premiered in the dubstep pioneer’s most recent Shambhala mix and was given away as a free download to anyone who pre-ordered Virus. The moshing anthem is a collaboration with Space Laces and has already been supported by the likes of Snails, Getter, Zomboy and more. Staying true to its name, the heavy metal infused track is the epitome of high-energy dubstep meant to be raged to at a live show.

Virus debuts a year following Excision’s last album Codename X which released shortly after the Canadian maestro’s acclaimed 2015 Shamblaha Mix compilation – a benchmark amalgamation that offered up 40+ tracks including IDs from Virus and left fans waiting in anticipation for the album’s reveal.