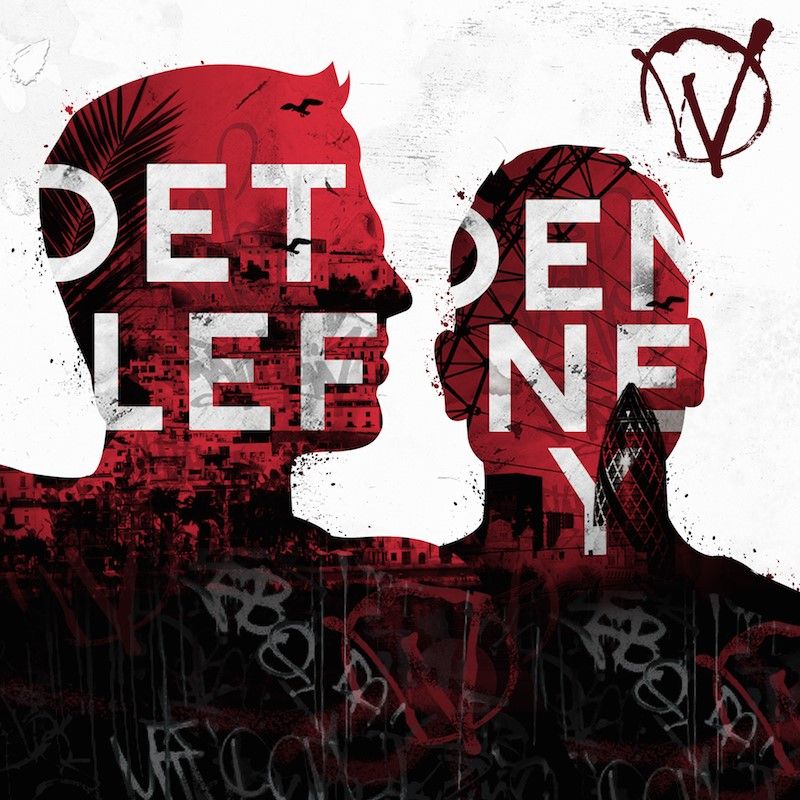 Detlef and Denney curate the fourth edition of the VIVa Warriors compilation, which is set for release on September 25th through Steve Lawler’s VIVa MUSiC.

Consistently at the forefront of the finest dance floor equipped and club ready productions, Steve Lawler’s VIVa Warriors events have rightfully cemented themselves in the premier tier of dance music’s party echelon. Each consecutive year, the renowned VIVa Warriors mix compilation showcases the finest offering of all things that the Warriors stand for. Now, it’s the turn of Greek born Alex Georgiadis aka Detlef, and British born Denney to masterfully weave an impeccable selection of dance floor certified tracks to the highest caliber.

“It all started with the idea to bring our friends together at a party, and that idea became VIVa Warriors. Now 4 years later, VIVa Warriors has become a universal thing, a part of everyone’s life, not only ours. I couldn’t be happier to be a part of that, and provide with this compilation a small piece of the sound that’s been played at Warriors. All the artists that associated with this compilation are the true meaning of underground house music so a big shout goes out to them.” – Detlef

Both Detlef and Denney are intrinsic to the VIVa family, holding residencies at the party’s spiritual home of Sankeys Ibiza, along with numerous releases via the VIVa MUSiC imprint. Detlef, first bursting onto the scene back in 2008 has formed an undisputed repertoire of groove ridden cuts and bass driven melodies, whilst Denney’s illustrious catalogue of releases such as the 2015 hit ‘Low Frequency’ have gained him international recognition as one of electronic music’s most sought after acts.

“VIVa Warriors is my first ever residency in Ibiza so to be asked to mix this years compilation for them in my first year is a great honour. A lot of work went into the mix and a massive thanks has to be said to all the artists who submitted tracks for it…there are some killers in there from some of my favourite artists!” – Denney

Detlef’s mesmeric fifteen-track selection captures the unparalleled sound and vision of VIVa Warriors, fusing together elegantly composed basslines from the likes of Hauswerks’ ‘I Feel Like Jammin’ with a deeper ambient production style provided by Bunte Bummler’s ‘Demo Cassette’. An offering of exquisite variety, Detlef elevates the true essence of VIVa Warriors selecting Robert James’ ‘House Invader’ along with Latmun’s ‘Who’s That’ where the crisp percussion and distorted vocal samples will echo out through sound systems of clubs and festivals across the globe.

Procuring the second mix on the compilation, Denney’s unquantifiable track choice travels through a host of contrasting house and techno subgenres. Opening the mix with Audiojack’s deep and bass laden  ‘Elevate’, Denney continues to demonstrate his undeniable talent as DJ. Whether it be from performing at the white isles most infamous venues, or on his home turf in the UK, Denney’s musical prestige shines brightly through the compilation.

A staggering selection of productions from house heavy beats from the likes of Jey Kurmis & Shannon’s ‘Wonadoodle’, to closing the compilation with the fittingly funk infused ‘So High Acid (Acid Dub), perfectly exhibiting why this fourth edition marks yet another milestone in the VIVa Warriors mix compilation series.