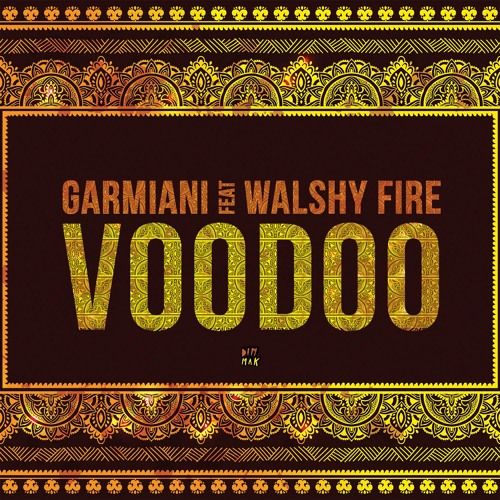 Garmiani must be casting some kind of incantation over the dance music scene right now. Having performed at some of the world’s biggest festivals and worked alongside the likes of Snoop Dogg, Lil Jon, Arash & Sean Paul and Axwell /\ Ingrosso among others, he’s experienced an incredible few years since signing to Dim Mak. Following his 2016 festival mainstay "Bomb A Drop," he teams up with Major Lazer’s Walshy Fire on “Voodoo,” premiered today via Billboard. The ragga-themed 128BPM stomper marks Walshy Fire’s official debut as a featured recording artist.

Garmiani’s February single “Bomb A Drop” was an immediate hit, garnering live support from Calvin Harris at Coachella, Galantis at Beyond Wonderland, and both Hardwell and David Guetta at Ultra. Garmiani’s big room beast proved to be one of the most prevalent festival anthems of the year after it was crowned as the most-played track at Tomorrowland 2016. Now, it’s time for his biggest single to date, the spellbinding “Voodoo” with Walshy Fire, best known for his work as one third of Major Lazer.

Known for his eclectic sets blending Afrobeat, Soca, Moombahton, Reggae, Latin, hip-hop, R&B, and more, Walshy Fire has become a highly sought-after producer and DJ. On “Voodoo,” however, Walshy offers up his first ever recorded vocal performance in impressive fashion. In conversation with Billboard, he explained “I've been an MC during live shows for many years, but this is the first time my vocals have been matched to music in the studio setting. I think the song turned out dope!”

In a blend of early ‘90s rave samples, Walshy Fire’s devastating dancehall vocal delivery, and Garmiani’s impeccable main room bounce, “Voodoo” looks set to be a huge hit for the pair. And with heavy-hitters like Hardwell and David Guetta already supporting the track in their sets, you can be sure it’s going to provide magical moments on dancefloors across the globe for months to come.