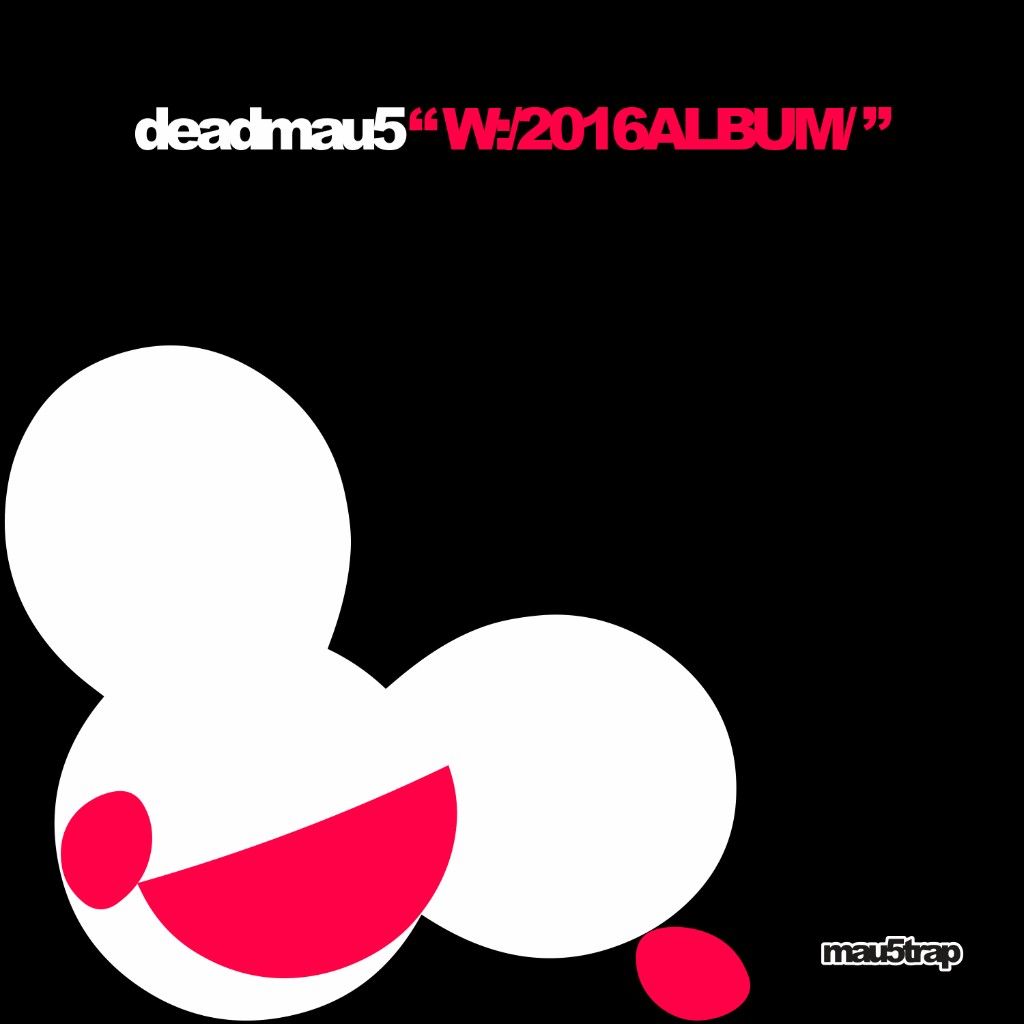 A leading figure in electronic music deadmau5, is now ready to reveal his forthcoming sixth studio album, "W:/2016ALBUM/" (pronounced ‘w drive 2016 album’). The highly anticipated album is his first release as an independent artist, via his own label mau5trap.

Hailing from Canada, deadmau5 (Joel Zimmerman) is a dedicated artist with an unparalleled level of passion for the creation of music, with an individualistic nature that sets him apart from the crowd. He has seen international chart success with such memorable tracks as "Faxing Berlin," “Sofi Needs a Ladder,” “Ghosts ‘n’ Stuff,” “I Remember” and "The Veldt.” The respected electronic producer has received six GRAMMY® nominations and has won multiple JUNO Awards to date.

The track listing for "W:/2016ALBUM/" will be revealed soon but expect a selection of brand-new unheard productions alongside recent internet works that deadmau5 had been producing publicly via various Twitch live stream sessions at http://live.deadmau5.com/

About deadmau5
Joel Zimmerman, more commonly known as deadmau5 (pronounced ‘dead mouse’), is one of the world’s most respected electronic music producers of modern times. Enjoying international chart success with his platinum-certified single “Ghosts ‘n’ Stuff,” as well as “Professional Griefers,” “Sofi Needs A Ladder” and “I Remember,” he has also released five critically acclaimed albums: > album title goes here < (which reached #1 on the Billboard Dance/Electronic Chart, #2 on the Billboard Independent Album Chart and #5 on the Billboard Digital Album Chart), 4×4=12 (recently recognized for having sold over 500,000 copies in the United States), For Lack Of A Better Name, Random Album Title and while(1<2). The multiple JUNO Award-winning and GRAMMY®-nominated artist performed at the 54th Annual GRAMMY Awards as part of its first ever telecast performance highlighting electronic music. He appeared on the cover of Rolling Stone in 2012, marking him as the first electronic artist to do so. His ability to push the boundaries of his talent grows at an equal rate to his fan base, which counts almost 15 million over his combined social media channels. Earlier this year deadmau5 leaped into the virtual reality realm with Absolut and released a massive sample catalogue with Splice while performing major festival plays throughout the world. His new album, "W:/2016ALBUM/" is due for release 2nd December and more exciting things to come from deadmau5 soon.