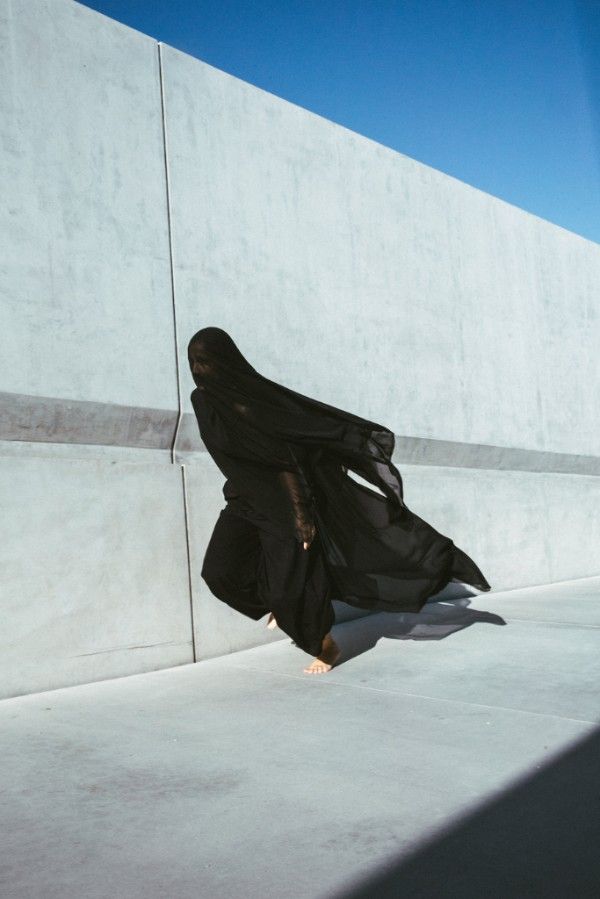 The mystical title of Delhia’s stunning debut EP refers to the Moirai, the Greek goddesses of fate, weaving Mankind’s inescapable destiny. For Delhia, these three goddess sisters represent a divine feminine power; a theme resonating through rising female empowerment. The Moirai EP is set for release on 13th July via Robot Koch’s own label Trees and Cyborgs.

The intriguing and enigmatic musician lives between Berlin and LA – her adopted second home. She possesses a hypnotic and plaintive voice; an instrument that effortlessly shape-shifts from ethereal to heart wrenching. Having received an education in classical / jazz piano and singing as a child, the distinctive artist began to discover the heady music of techno, drum and bass and hip hop in her teenage years. She said: “I grew up in East Germany and the ‘90s were a wild and raw time after the wall came down. There were a lot of drugs coming in and we were experimenting a lot, with substances and music.”

Delhia took classical singing lessons, while playing in bands and embracing Berlin’s seductive nightlife with all its hedonistic amplifiers, which led to an unfortunate and devastating blow: Delhia completely lost her voice at the age of 17. “In that moment I thought I´d lose my voice forever and had to go into therapy for many years to finally find a way to make it work” says Delhia.

“I had classical singing lessons and to my surprise could sing really high notes. My teacher was so delighted he gave me one of the most difficult pieces “The Queen of the Night” from Mozart’s The Magic Flute. But I didn’t really have the correct technique to sing it properly, and being a teen, started drinking and smoking and going out a lot. Additionally, though being a rather outgoing person I was dealing with a lot of self-supression on the inside.

“So I went to therapy, and there were times when I was not allowed to speak at all. Which was hard for me as I am a lively, impulsive person, plus I have a really loud and strong laugh. It took me a long time to feel comfortable on stage”

Known for her acclaimed work with German media art/pop band Pentatones and a back catalogue of collaborations that reads like the who’s-who of Europe’s underground electronic dance music pioneers, Delhia de France comes into her own on the Moirai EP, announcing herself to the world as a true all-round artist. Her elaborate on-stage visuals and costumes were born out of her connection to art and imagery. “When I write music I immediately see visuals, flickering images. It kind of goes hand in hand” she says. “I like to paint songs, to find visuals that adhere to the meaning and make them come alive as allegories.” Consequently, Waterfalls is a pure yet powerful creation, one that is so succinct and neat, and yet so expansive and complex at the same time. “Water is a recurring theme in my songs. It’s a such a strongly feminine, emotional and sensual element” says Delhia.