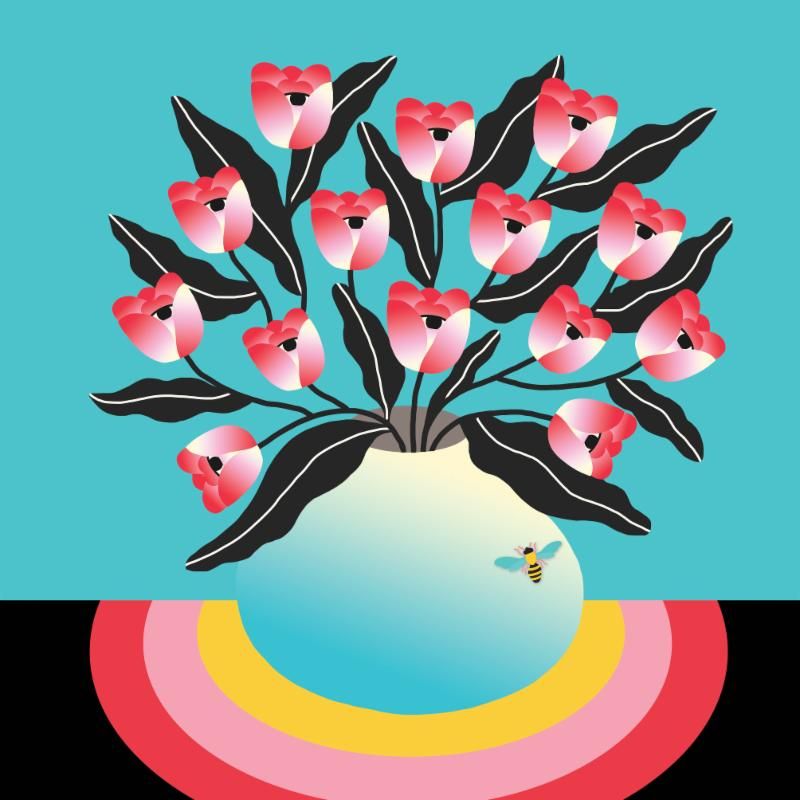 DJ Tennis 's Life And Death welcomes electronic innovator Moscoman for a label debut that superbly showcases his broad array of club-ready but widescreen sounds.
Moscoman is based in Berlin but brings plenty of worldly influences to his music, not least from his homeland of Israel. Next to musical explorations on his own Disco Halal label, he has served up everything from raw and rugged machine disco to melodic techno via wonky house on ESP Institute, Diynamic and I'm A Cliché. He is someone who embraces whatever takes his fancy and has a wilfully random approach to making music that results in never less than thrilling and original tracks.
That is the case again here: right from the off 'Wave Rave' is an unusual but effective offering that pairs hands-in-the-air, trance-inducing chords with more reflective melodies and rugged drums. After that one packs a truly emotional punch, 'Dinner For One' is downright dirty. Wild, detuned synths spray about over 'Spastilk'-era snares and rolling drums and the whole thing works you into a lather.

On the flip the mood changes again. This time, '550' is a dreamy and zoned out house track with a gorgeous and acoustic lead melody that encourages your mind to wander as you drift along in the warming groove. Last of all, 'Space Comfort' is playful number with sci-fi keys bleeping up and down the scale while harmonic keys and withering retro synth chords bring a sense of spookiness to the fore.

This is a brilliantly and effortlessly wide-ranging EP that once again shows why Moscoman is one of the day's most fascinating artists.