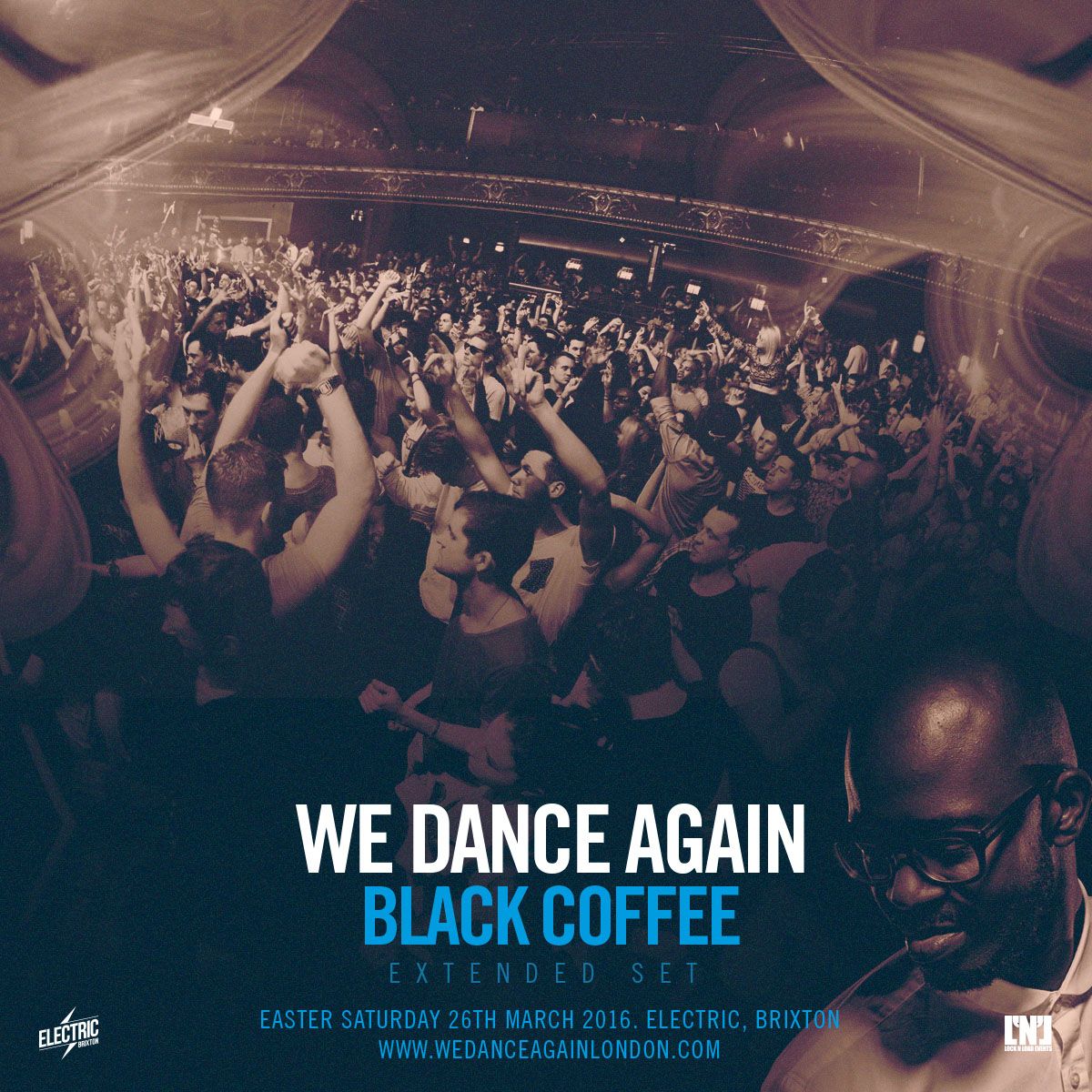 After catching the imagination of millions people across the planet with his ‘Afropolitan’ house sound, South Africa’s Black Coffee hits London on Easter Saturday 26th March 2016, with an extended set, for his biggest show in the capital to date.

The event is named after his latest single ‘We Dance Again’, which is currently at the centre of a dance video challenge on Instagram https://instagram.com/explore/tags/wedanceagainchallenge/ that's gone viral. The challenge has resulted in nearly 5,000 participants so far, including politicians and celebrities. Hosted at the spectacular Electric Brixton alongside some very special guests, ‘We Dance Again’ will see Black Coffee deliver his distinctive sound in a way London has never seen before.

Described as fresh and future-focused yet sculptured by balance and beauty, his trademark beats have seen a meteoric rise in popularity. Taking influences from his homeland, Black Coffee’s house sound has garnered a keen worldwide following. The past twelve months have seen his profile accelerate at spectacular speed, inspiring thousands along the way with his unique soul, spirit, talent and vision. Originating from the Eastern Cape of South Africa, Nkosinathi Maphulmulo is celebrated as a national hero, backed up by his numerous SAMA awards ranging everywhere from ‘Best Dance Album’ to ‘Best Male Artist’.

The past twelve months have seen the Soulistic Music architect touch down in almost every continent as his international demand continues to soar. His outstanding headline residency for Circoloco at Ibiza’s DC10 and Mixmag front cover in August received an overwhelming response.

To view the latest entrants to the ‘We Dance Again’ video challenge click here: