Leandro Da Silva & Prelude ft. C-Fast - We Do It 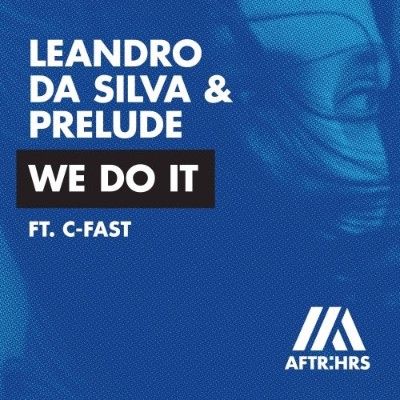 Leandro Da Silva & Prelude ft. C-Fast - We Do It

Leandro Da Silva is back with new track “We Do It”, this time teaming up with Prelude and C-Fast to create a deep house reworking of a Montell Jordan classic, via AFTR:HRS. The production utilizes samples of 1995 R&B anthem “This Is How We Do It,” layered behind the rich vocals, to create a groovy modern interpretation of the popular floor filler.

One of the most hotly tipped rising acts of the house music scene, Leandro Da Silva recently achieved a Beatport #1 on the house chart with vibrant track, “I Love House Music”. As owner of his own Black Lizard Records label, Da Silva’s tracks have received support from several major players in the dance industry, including Oliver Heldens, Don Diablo, Kryder, Martin Garrix, and EDX. His 2015 release “Sing It Back” became one of the best-selling house tracks of the year, whilst last year, he received the award for “Best Podcast” and 4 nominations for “Best Song” “Best House Producer”, “Best Radio Show” and “Best Independent Label” at the Italian Dance Music Awards.

Released on Tiesto’s AFTR:HRS label, the imprint focuses on the deeper, more mellow, sounds of house music, and has so far hosted the likes of Snavs and Loud Luxury since forming in 2016. “I have always loved playing deep house and more mellow tracks in my radio show and my live shows,” said the Dutch superstar. “But I also love to listen to it when I drive or go out late night/early morning! I wanted to create a new label just to release these types of tracks.”