We The Fest 2019 Announce Phase 2 Lineup 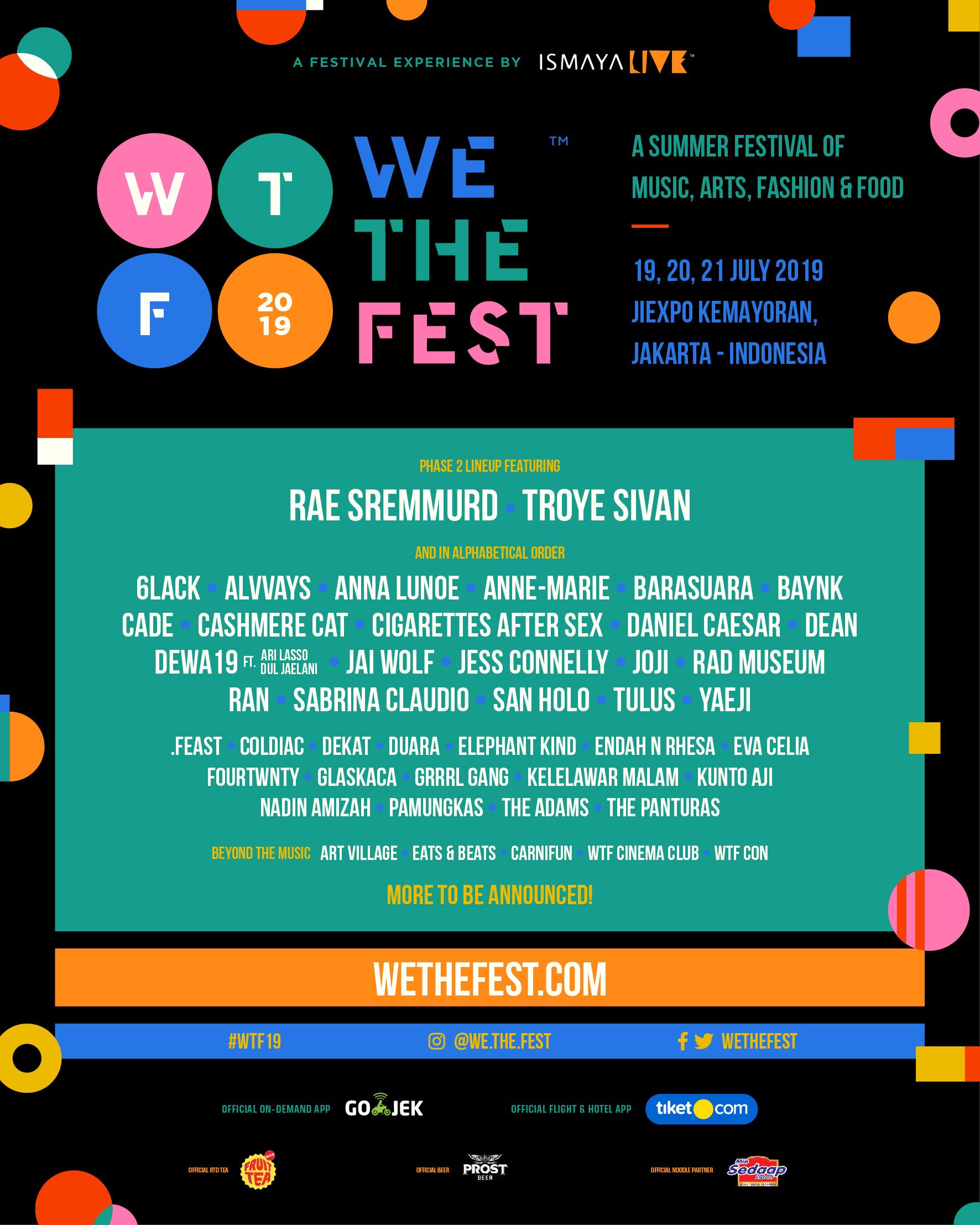 We The Fest 2019 Announce Phase 2 Lineup

We The Fest, South East Asia’s #1 festival for music through to fashion, food and the arts, today make further additions to its burgeoning lineup of artists carefully selected from the very top of their respective genres. With the current titans of pop, hip-hop, bass and indie all on show, festival organisers Ismaya Live continue to assert We The Fest’s position as the go-to-festival of choice in the region.

New to the billing and making his Indonesian debut is Australian pop phenomenon Troye Sivan. Having made a steady rise to stardom over the last few years with Ariana Grande and Charli XCX collaborations, worldwide tours, and his latest smash hit ‘i’m so tired…’ with Lauv, Sivan is set to showcase his glistening performance in Jakarta come July. Joining him is another pop sensation that has exploded onto the scene in the past year, Anne-Marie. Her infectious sound, which includes an Ed Sheeran co-write on ‘2002’, and energetic shows will undoubtedly be a crowd favourite.

Taking things into a more electronic sphere is Norwegian producer extraordinaire Cashmere Cat. With an eclectic sound and mouth watering collaborations – including Ariana Grande, Selena Gomez and Kanye West to name a few – Cashmere Cat’s show promises to be one of a kind. In similar sonic territory and also joining the proceedings this year is future-bass trailblazer Jai Wolf and 88rising success story Joji. Together with returning Indonesian favourites Barasuara and Elephant Kind who both released chart-topping albums this year, indie heavyweights The Adams, and Pamungkas who will be making their festival debut, We The Fest 2019 looks set to have one of the most diverse and interesting lineups to date.

However, We The Fest has always prided itself on offering much more than just artist performances and this year is no different with the return of the festival’s ‘Beyond The Music’ area. Incorporating an Arts Village, Ismaya Food Town’s Eats & Beats food court, a Cinema Club where old and new movies will be on show, WTF Con where punters can interact with curated brands and media partners, and a Carnifun games section, ticket-holders will be spoilt for choice when they want to take a break from the music.

With tickets selling faster than in any previous years, and with new artists and activations still to be announced, fans are encouraged to get their tickets now to avoid disappointment.