We The Fest Drops Phase 3 Lineup 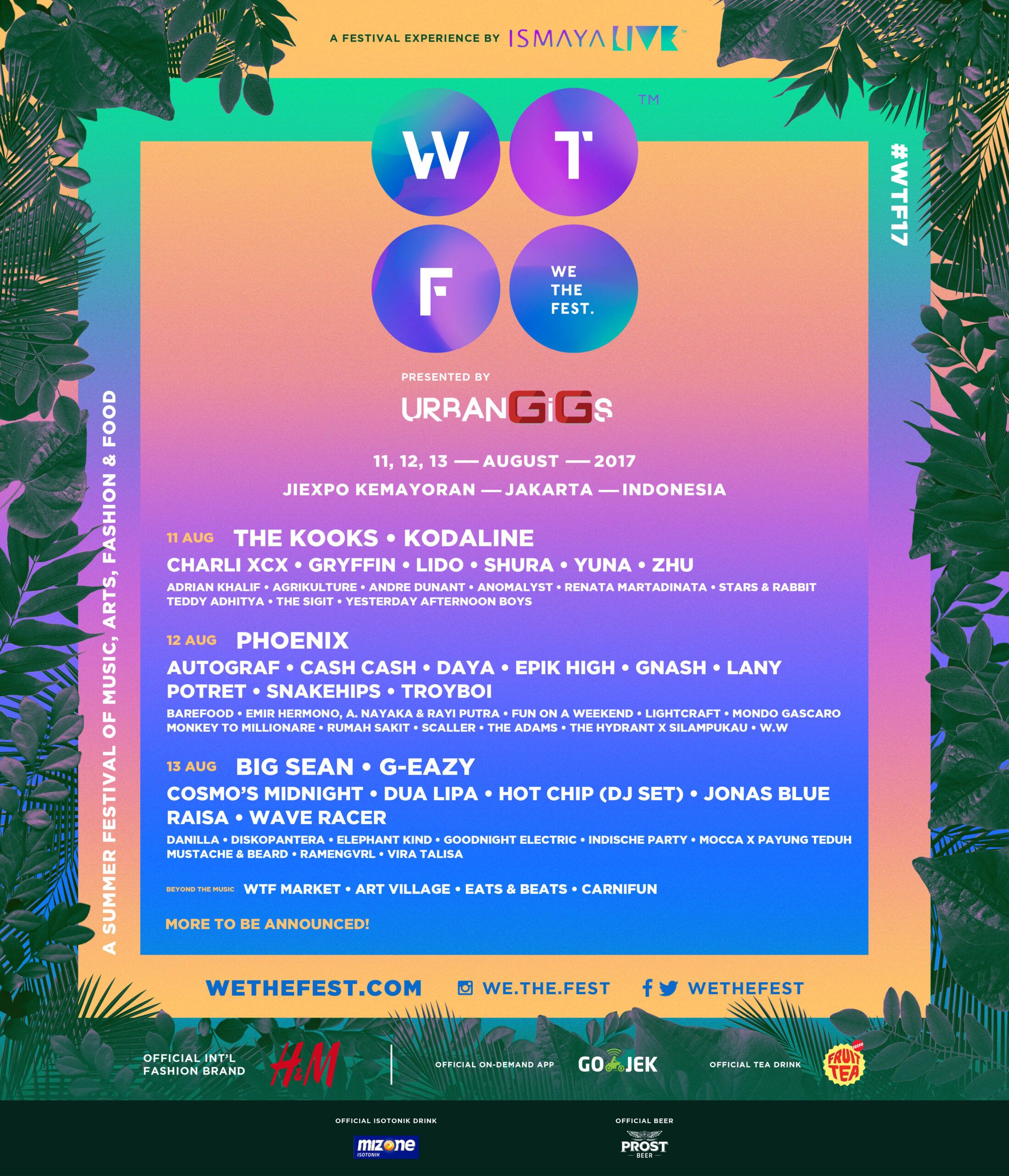 We The Fest Drops Phase 3 Lineup

Following two huge lineup announcements earlier this year, We The Fest – Indonesia's premier indie and dance festival – now reveals a Phase Three roster brimming with A-list talent from across the globe, as it prepares to host its fourth edition this August 11, 12, 13, 2017.

Adding to the likes of Phoenix, The Kooks, Kodaline and hip hop heavyweight Big Sean announced earlier this year, are four more world-class artists, all of whom will be making their We The Fest debuts. First up is electronic duo, Snakehips, whose popular multi-genre remixes and originals have made them one of the hottest talents to come out of the UK in recent years. Having collaborated with everyone from Chance The Rapper to MØ, this enigmatic duo certainly should not be missed.  Cash Cash, whose smash hit 'Millionaire' swept the charts in over 13 countries in 2016, will be descending on Indonesia's bustling capital on the second day of the festival to play their infectious pop-dance bangers. They join Aussie trio Cosmos Midnight and fellow countryman Wave Racer, who will showcase their distinct indie-electro styles to WTF revellers on the last night of the festival.

We The Fest has made a name for itself by offering more than just hand-picked musical talent, and this year will be no different. With the first 4 'activations' from its 'Beyond The Music' lineup just announced, festival-goers are set to have a truly eclectic experience. These activations include the WTF Market, which will sell everything from vinyls and clothing to souvenirs and more, and the 'Art Village', where ticket-holders have a chance to let their creative juices flow throughout the day. Food is an essential part of proceedings and WTF have got that covered too with the 'Eats & Beats' area, where hungry punters can choose between one of Ismaya Group's many award winning F&B establishments. Last but not least is 'Carnifun', a special state of the art games area where friends can take each other on in a number of challenges, hosted by popular drinks company – Mizone.

With one more phase of talent to be announced, and more activities for all ages yet to be revealed, We The Fest 2017 is shaping up to be the greatest edition yet. Head to www.wethefest.com for ticketing information and keep up to date with all new announcements via their socials.

Free merchandise will be available for all VIB ticket holders this year.

Tickets and travel packages are now on sale online at http://www.wethefest.com