Welcome In The New Year With Kendal Calling: NYE – Everything Everything, Tom Grennan + More Announced! 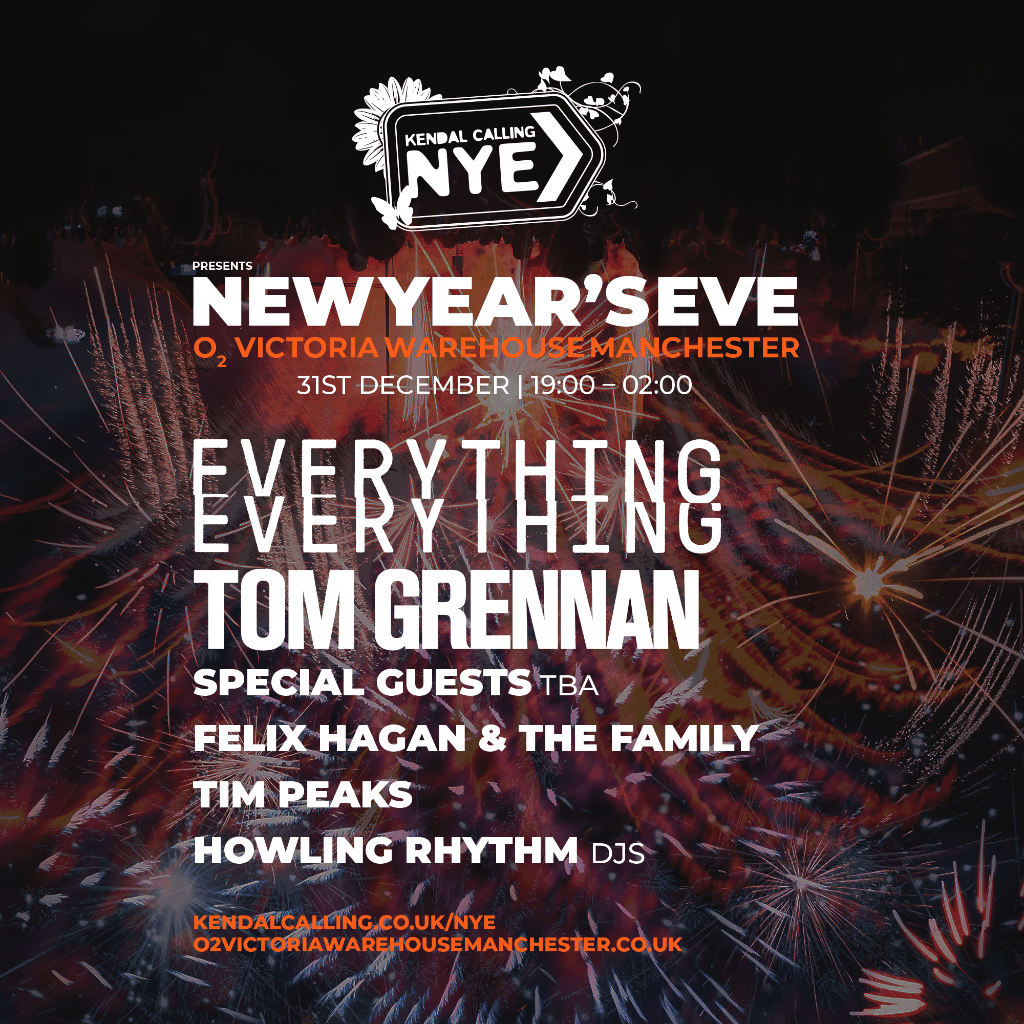 Welcome In The New Year With Kendal Calling: NYE – Everything Everything, Tom Grennan + More Announced!

Those mischievous rascals from Kendal Calling have decided to throw a New Year’s Eve extravaganza in Manchester on the biggest night of the year.  Taking place at the O2 Victoria Warehouse, the evening will feature seven hours of festival anthems, the best new music of 2018 and stone-cold classics to help you see in the New Year in spectacular style.

Not content with four nights in the fields in the Lake District in July, the Kendal Calling team have secured the talents of Manchester’s finest Mercury-Nominated indie greats Everything Everything, one of 2018’s biggest breakout stars Tom Grennan, infectious and exciting seven-piece Felix Hagan & The Family, the legendary Tim Peaks DJs and funk, soul and Motown courtesy of Manchester’s Howling Rhythm DJs.

A very special guest is yet to be announced.  Watch this space!

Join the team and thousands of festival fans and music lovers to welcome in 2019 with an all-star line-up of huge headliners, Kendal Calling favourites and many more at the UK's biggest live New Year’s Eve party!

It’s the culmination of an amazing year for Kendal Calling with all 2018 festival tickets selling out immediately. Kendal Calling 2019 tickets are available now to buy outright or via a monthly payment plan.

Tickets for Kendal Calling: NYE are available from 9AM on
Thursday 20th September at:
www.kendalcalling.co.uk/nye