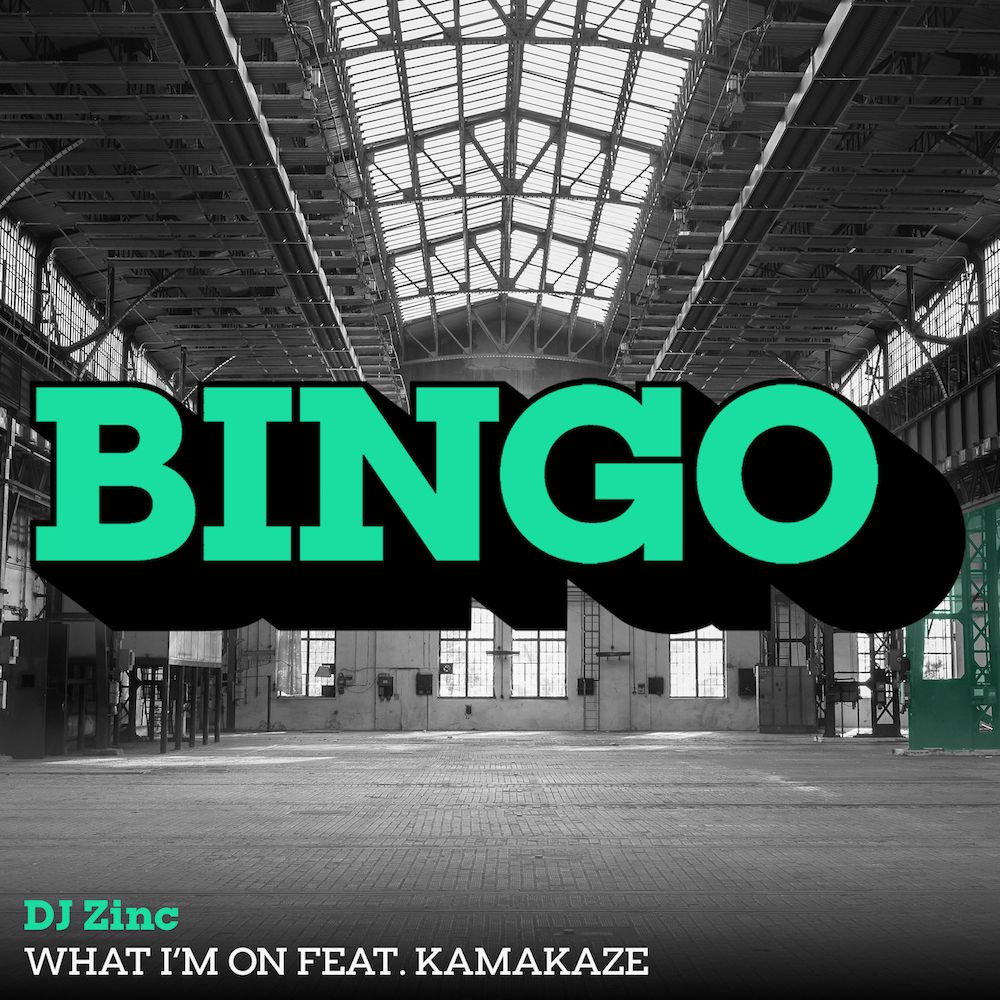 Previous to this his first feature on a Bingo Bass track, Kamakaze has shown he’s a master of multiple disciplines as he performs not only on the stage as an MC, but also on the pitch as a professional football player. Not that his abilities as an MC require further credence to his exceptional talent.

DJ Zinc is coming off the back of a UK headline tour, as well as several festivals dates such as Boomtown Fair, Lovebox, Hideout and MADE, yet still found time to get in the studio and craft this exciting new record. Showing no signs of slowing down, DJ Zinc is leading the breakbeat charge with ‘What I’m On feat. Kamakaze’. And with tunes like this, you’ll want to follow his lead.