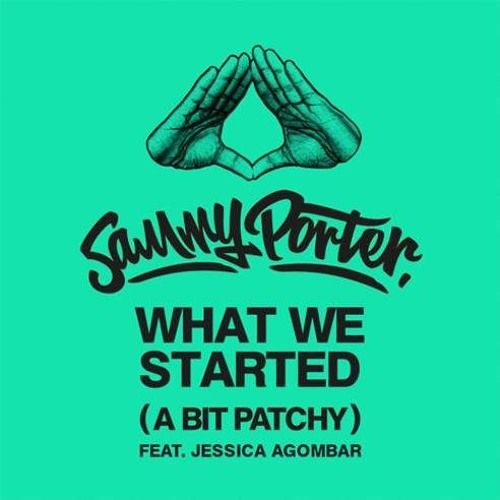 High energy & feel good chaos – it’s inspired by one of the most legendary party anthems ever released. With tough bouncing vocals added from Jessica Agombar on top, it’s sharpened anthemic potential reaches a new peak. Despite being rinsed on air and in clubs & festivals by the likes of Danny Howard, DJ Target, DJ Charlesy and Steve Smart throughout 2017, “A Bit Patchy” only got its official release in October, where it continued its presence on Radio 1s Dance anthems, Weekend Kiss and live sets up and down the country reaching #1in Music Weeks Club Chart (in Pop). It hit a million streams on Spotify as it moved into the new year after leading Massive Dance Hits & Housewerk playlists for months.

Sammy says: "From the second I started playing it out I knew it had to see a release date. Luckily MistaJam slid in my DMs about it and here we are. For vocals, Jess was the first person that came to mind. We've worked on music for years and I knew her East London cockney sound would work wonders. She kept the party / club vibe of the original and just run with it!"

Sammy’s gig roster spans the UK, Marbella, Ibiza, Monaco & Dubai’s most elite venues. His genre bending style has allowed him to gain a following from various musical tastes, making him nostrangerto super club pool parties, intimate VIP venues or large underground warehouse events. A relentless touring schedule puts him in the forefront of thousands per week. Known for his live sets, his schedule is only set to expand. His consistent flow of releases, remixes & promo mixes will continue to make sure his calendar and reputation areas solid as ever. Regular shows on Rinse FM and guest mixes on Kiss Fresh, and has recently remixed the likes of Tinie Tempah, Jeremih, Ella Eyre and more. He has amassed millions of online plays and a serious following across his social socials.