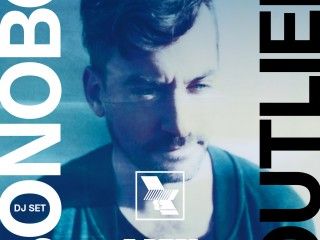 As part of Special Edition, Bonobo brings his international Outlier series to Manchester. Previously presented in London and New York, Outlier has seen Bonobo harness his talents as a curator and arbiter of club culture, as well as demonstrating his instinctive relationship with music.

Bonobo will DJ alongside musical purveyor and tastemaker of worldwide sounds Gilles Peterson. Having featured Bonobo on his recent All That Must Bealbum, George Fitzgerald joins the line-up along with musical chameleon and ever party ready Shanti Celeste, plus the amazingly engaging Palms Trax and Rinse FM’s Josey Rebelle.