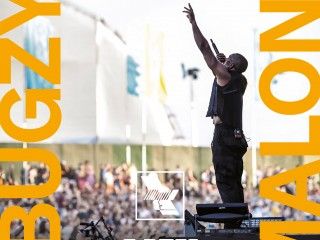 Manchester’s very own Grime King of the North Bugzy Malone,  is one of the artists responsible for giving Manchester a voice in an otherwise London dominated scene. , With his debut album out soon, Bugzy  brings Manchester a double hit of his trademark, heavyweight sound for the ultimate homecoming.