Bossy Love - Wind Me Up 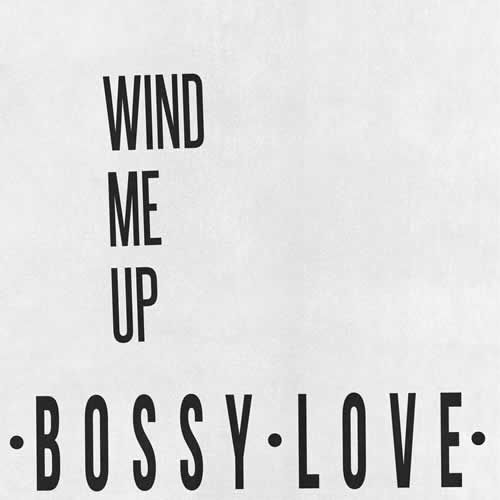 Bossy Love - Wind Me Up

Following the recent, critically-acclaimed, singles Want Some and Call Me Up, Glasgow-based, RnB/Pop duo Bossy Love announce Wind Me Up as part of a series of single releases, that will see another two released before the end of the year.

“Wind Me Up is about moving overseas and being caught in the whirlwind of two lives.  Trying to make a new life doing what you love and running very fast away from the old one.  It was written living in a house share where we weren’t allowed to make any noise so when it came to making it we wanted it to be a racket. It’s one of our favourites to play live.”

Lauded by BBC Radio as “One of the most exciting bands on the planet right now”, RnB/Pop duo Bossy Love comprises John Baillie Jr (prev. Danananaykroyd) and Amandah Wilkinson (prev. Operator Please).  With a collection of RnB, impromptu raps, found-sound, caramel sweet vocal hooks and hardcore hip hop beats, Bossy Love’s music has been best described as “a journey through electronic music from 1981 right up to now”.

A seriously impressive, three-piece, live act, Bossy Love played four shows at this year's Glastonbury, including the televised BBC Introducing stage, supported Kelis on tour in August and are headed off on their debut headline UK tour this month – full details below.