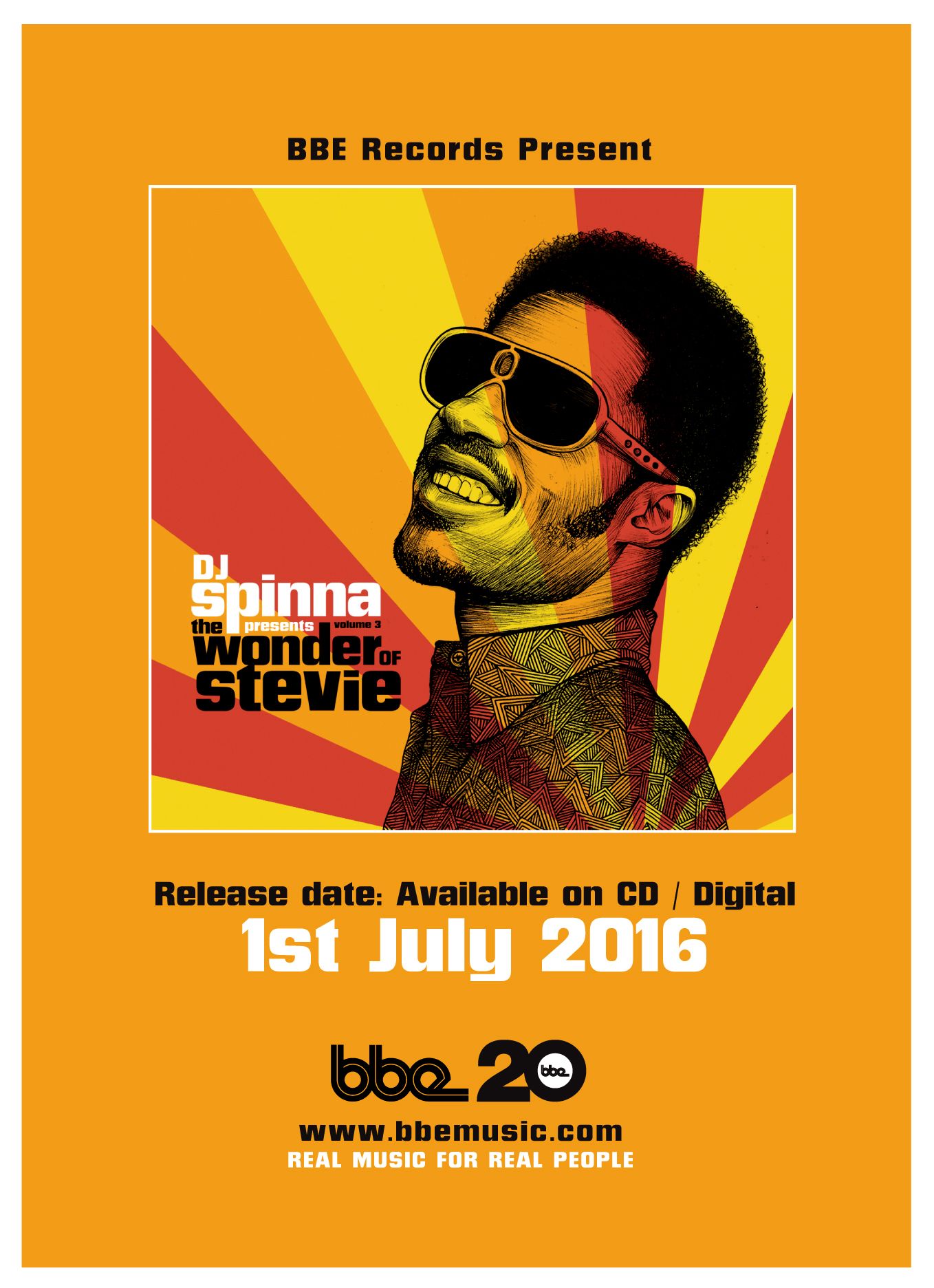 ‘A night in tribute to the wonder of Stevie'

London’s insanely friendly and finest house music purveyors Deep Into Soul connect with BBE Records to bring DJ Spinna’s world-acclaimed WONDER-Full party to town on Sunday July 10th at the Prince Of Wales, Brixton. Officially launched in 1999 and co-signed by the genius that is Stevie Wonder himself, who has attended the event in person several times, WONDER-Full LDN is the only way to celebrate the life and work of the 65 year old legend. And with Stevie Wonder in town that same weekend for a Live show at Hyde Park, the great man may even put in an appearance!

Of all DJ Spinna’s accomplishments, nothing compares to the celebrated Stevie Wonder inspired WONDER-Full DJ performances. Garnering overwhelming fanfare each occasion – whether in the USA, Amsterdam, Japan or beyond – if a WONDER-Full event is booked at a club you can put money on a line around the block and hundreds of Stevie Wonder admirers joyfully rocking the house. The success of such events has led to several collaborations between Stevie Wonder and DJ Spinna including remixes for “My Love Is On Fire"  and “Sweetest Somebody” from Stevie’s 2005 “A Time To Love” release. Most notably, in October 2012 Spinna performed an opening DJ set for the “United Nations Message Of Peace Concert with Stevie Wonder” including appearances by Sting, Janelle Monae, Varlerie Simpson, and other luminary artists.

DJ Spinna is one of house music’s most celebrated DJ/Producers, and a master across the musical genres, always ready to mix it up and deliver something something spontaneous and unexpected on the night. He is joined by the UK’s multi-genre and legendary master mixer, DJ Paul ‘Trouble’ Anderson, the UK godfather of all things boogie, disco and house and again here a great spontaneous DJ beyond compare. Inimitable residents Rhemi Music’s Neil Pierce & Ziggy Funk currently gaining plaudits for their ‘Back To The One’ track featuring Alex Mills http://www.traxsource.com/track/3330111/back-to-the-one-original-mix and a new ‘belter’ ‘Mask Off’ with singers Lifford and Hanlei which Louie Vega is already hammering are also on board alongside BBE’s founding father and musical guru, Pete BBE and resident David Bailey.

And what a year it’s shaping up to be for Deep Into Soul! From roadblock parties celebrating their 5th Birthday in March to their Baltimore house music special featuring the Jasper Street Company Live and legendary Basement Boys DJs Spen & Teddy Douglas, and last month’s NYC’s disco king of the edit, Danny Krivit & Sweden’s Mad Mats joining the party, you know WONDER-Full’s going to be off the hook.

The incomparable DJ Spinna steers this ultimate WONDER-Full musical journey consisting of masterpieces from the extensive music catalogue of Stevie Wonder at this unique Sunday afternoon Terrace party. Please get your tickets early to avoid disappointment, and Early Birds are only £12.00 and get ready for a one-off WONDER-Full night.