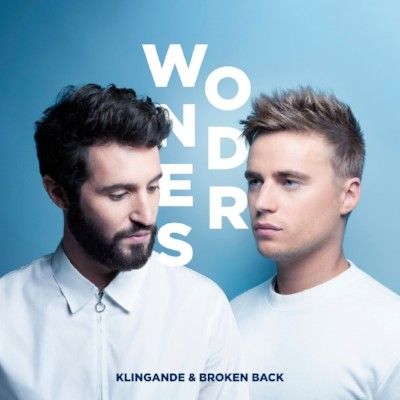 Discovering Broken Back on YouTube in 2014, Klingande first invited the singer/songwriter to his home studio in Lille, where they made their debut collaboration ‘RIVA’. The track has amassed over 80 millioncumulated views on all platforms since its release.

Blending their musical styles once more for ‘Wonders’, the duo will be revealing the official music video for the release next week.

An eagerly anticipated reunion between both minds, ‘Wonders’ cements Broken Back’s reputation of a true showman, having performed over 250 concerts in the past two years, with his first (self-titled) album now certified Gold.

Having kickstarted his 2018 with his Autograf x Dragonette collaboration, ‘Hope For Tomorrow’, Klingande went on to release ‘Rebel Yell’ featuring Jamaican artist Krishane. The track continues to receive millions of plays online and it later received dynamic remixes from the likes of Jack Wins and DJs from Mars.

Following a strong succession of hits, like his M-22 collaboration ‘Somewhere New’ (44M streams on Spotify) and ‘Pumped Up’ (55 million Spotify streams) the ‘Jubel’ hitmaker hosted another sold-out edition of ‘Klingande’s Playground’ at this year’s Miami Music Week.

This summer, Klingande successfully completed his US Tour before performing at both weekends ofTomorrowland 2018. The French hitmaker also returned to Parookaville and played several Ibiza dates at David Guetta and Kygo’s Ushuaia residencies. Not stopping there, Klingande also made a highly-anticipated appearance at the 15 Year Anniversary of London’s SW4 Festival last month, completing an amazing run of summer dates.

A collaborative effort between Klingande and Broken Back, the single is a solid display of both artist’s signature styles. It’s certain that ‘Wonders’ will build onto the staggering success of previous release‘RIVA’ and will become the soundtrack to the months ahead.