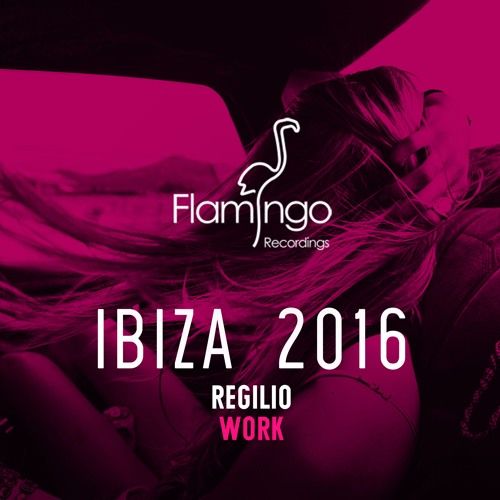 Having released his dancefloor detonator, ‘Vibes’, just a few months ago for the Flamingo Miami Compilation, Regilio has wasted no time getting back in the studio to bring the heat with this latest production. Driven by precise drum patterns and percussion, ‘Work’ is an upbeat cut with an undeniably infectious groove. Destined to get crowds moving all across the globe, ‘Work’ is available on Flamingo Recordings Ibiza 2016 compilation.

With his productions coming thick and fast, Regilio just premiered a smooth rework of Desiigner’s viral hit, ‘Panda’, on Kryder’s Kryteria Radio Show. Transforming the original to make it his own, Regilio emanates dark tech-vibes with a rolling bassline and driving drum patterns. Offering the cut as a free-download via his SoundCloud to his ever-growing fan base, there’s no doubt Regilio is fast becoming a favourite amongst the dance music community.

Receiving support from some of the industry’s most influential tastemakers, including Afrojack, Showtek, Dada Life, Deniz Koyu, Blasterjaxx, Firebeatz and Chuckie – and releasing tracks on Wall Recordings, Spinnin’ Records, Sosumi Records, Flamingo Recordings and Code Red – it’s just a matter of time before Regilio joins the dance music’s elite at the top of the charts. Out of the studio, and behind the decks, Regilio has already performed at some of the world’s leading dancefloors, including Escape in Amsterdam, and Wall Recordings and Sosumi Records Miami Music Week Pool Parties. Keep your eyes on this young producer as he continues to make his way to the top!