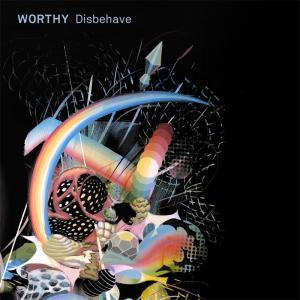 One of the four founders of Dirtybird Records, Worthy is a San Francisco resident who creates bass-driven electronic music thats breaks all the rules. From his anthemic collaboration with Eats Everything on Dirtybird to solo hits on labels such as Leftroom, Trapez, Discobelle and his own Anabatic records, Worthy has forged a unique musical identity that is infallibly enforced by the release of his debut album.

‘Disbehave’, is a genre-defying rebellion against the house producers status quo. This album cannot be confined to a category, nor can Worthy be caged in with his colleagues. You will find some homage to the Dirtybird sound on tracks like ‘I Get’. But this album departs from his usual booty tech beats, into a broader sonic experiment as he forges new alliances with future bass, downtempo, breakbeat and deep house. You can hear the broadness and complexity of sounds on tracks like ‘On The Floor’ featuring Kevin Knapp (Off, Hot Creations) with its heavy bass to the beauty of swelling chords and swirling vocals on tracks like ‘The Words’ featuring Audio Angel. Reminiscent of the early days of the electronic sound movement that were less imbued with genre stereo-typing, ‘Disbehave’ is an emotional departure into a complex cavern of atmospheric rhythm, eluding to the many moods of the dance music sphere.

When it comes down to all the hype, his name says it all. He is Worthy. With an in-depth knowledge of production, mixing, and performance, Worthy has the insight to play for his audience, cultivating intense positive energy on the dance floor. From salty aired islands to dark club basements, over the past 10 years, Worthy has paid reverence to the traditional form of classic house while tripping off the mark and sinking into the euphoric less-charted territories of booty-clapping bass. As Carl Cox said, “The Worthy sound has always been powerful, rocking, funky, bass-driven music at its best, and for me this is the new wave in house music.”

Growing up in Washington DC, Worthy was inspired by the early American rave scene. Upon moving to New York in the late 90’s, he was exposed to artists like LTJ Bukem and Stacey Pullen whose music inspired him to play records across multiple genres, from techno and breaks to hip-hop and drum n’ bass. In 2001 he swapped coastlines, moving to San Francisco to pursue his music career. There he teamed up with Claude Von Stroke and Justin and Christian Martin, becoming one of the four founding fathers of Dirtybird, breaking out with his ‘Irst Te’ release on the label in 2007, a move that gained him immediate notoriety as a producer and has been followed by many similar high shooting productions since.

Worthy’s music speaks to the connoisseur, the DJ, and the novice alike. Finding balance and unison across all electronic music platforms, his music is unparalleled. He reads his crowd, breaking and fusing genres, blending styles, and establishes an energetic dance floor camaraderie with those around him.

For the past two years Worthy has been locked up putting the final touches on his debut full-length album. Breaking down rules and boundaries, Worthy has sought to set himself apart from the mundane world of expectation, striking out to release something unexpected.  Liberated and unchained, this album is the ultimate expression of his being.