John Gibbons - Would I Lie To You 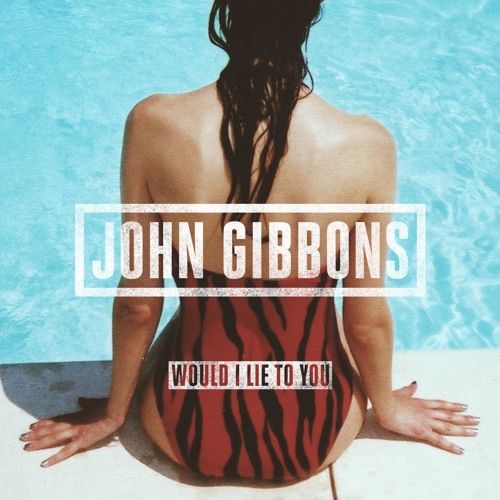 John Gibbons - Would I Lie To You

Hailed as "Ireland's answer to Calvin Harris", John Gibbons is the revered Irish DJ/producer taking the international dance community by storm with new single 'Would I Lie To You'.

The international hit-in-waiting utilizes the topline from the 1992 Charles & Eddie classic, mixing it with stadium-ready synths and reverberating bass to create your favourite new electrifyingly carefree, good-times anthem.

Gibbons credits the 90's as the decade that musically influenced him most; it saw him become aware of the universal hits that were able to unite international audiences across the spectrum. Charles & Eddie's worldwide smash was one that stuck with Gibbons more than others, and had the added bonus of drawing him to mainstream pop and R&B sounds for the first time.

The track, a famed UK No.1 in 1992 that became the third biggest selling song of the year, was a major international hit that topped the charts in several countries, hit the Top 5 in 12 countries and reached No.12 on the Billboard Hot 100 in the US. Songwriters Mick Leeson and Peter Vale received the 1992 Ivor Novello award for Best Song Musically and Lyrically.

Creating 'Would I Lie To You' was the first time Gibbons used a sample, through a genuine love of the original. With a team of hit makers onboard, including Nick Bennett (Sigala), and Grammy winning Wez Clarke (Gorgon City, Sam Smith, Clean Bandit, Ed Sheeran, Wiley) it seems fair to say the timeless classic has been well and truly honoured.

Starting out as a DJ at just 15-years-old, Gibbons quickly progressed into a famed position in Dublin's growing club scene. Simultaneously, Gibbons was creating a powerful name for himself in radio, DJing to acclaim on a handful of pirate radio stations before a permanent slot on Spin 1038. Irish tours and international gigs quickly followed.

2015 was the year that saw Gibbons take a major step towards mainstream international crossover. Having inked a publishing deal with London-based Good Soldier Songs, home to Biffy Clyro, The 1975, and Gavin James, the subsequent breakout single 'Your Love' saw him garner huge Irish airplay, taking No.1 on Shazam and quickly bursting through the 1 million streams milestone on Spotify.

2016 began with John's music being featured on the soundtrack of hit US TV show 'Pretty Little Liars', and 'Your Love' crossed the Irish Sea to regularly feature on BBC Radio 1's Dance Anthems. John has since been relentlessly busy in the studio putting together new music and working with some of the biggest names in global dance music.

Now, John Gibbons drops his eagerly anticipated follow-up to 'Your Love' with 'Would I Lie To You', looking set to build on an incredible 12 months.

John will be touring the US and Europe over the summer and will be performing at the iconic Electric Picnic Festival in September.

Watch this space as John Gibbons prepares to join the A-List!