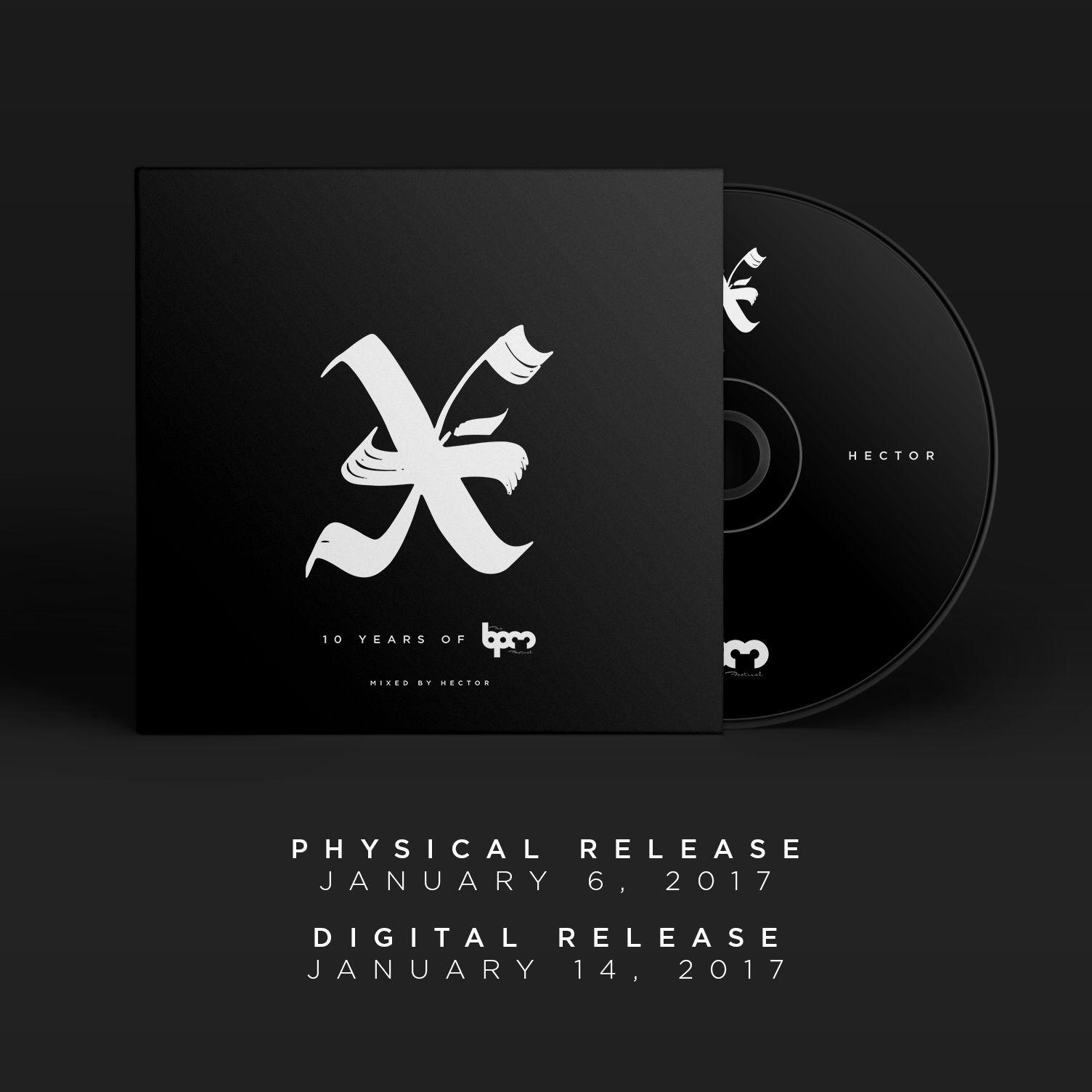 Celebrating its tenth anniversary in Playa del Carmen, Mexico this January 6-15, 2017, The BPM Festival is very excited to announce ‘X : 10 Years of The BPM Festival’ compilation album mixed by Vatos Locos head honcho and Mexico’s own son Hector. As the second compilation album released by The BPM Festival, this very special release will highlight key players from the festival’s decade long history including Carl Cox, Dubfire, Jamie Jones, Jonny White, Josh Wink, Nicole Moudaber, and The Martinez Brothers, plus tracks that stood the test of the time and soundtracked the days and nights festival-goers danced upon the beaches of Playa del Carmen and exclusive VL Recordings and 8bit Records tracks from Andrea Oliva, Hector, Marco Carola, and Timo Maas.

“'I feel extremely honoured to have compiled and mixed ‘X’ to celebrate 10 years of The BPM Festival. Featuring exclusives and classics from artists close to the festival’s heart, this compilation will raise money for local charities to thank the community for playing host to one of the world’s best festivals for a decade.” — Hector

With Hector, founding his Vatos Locos party brand at The BPM Festival 2015, hosting his VL Recordings label launch at his 2016 Vatos Locos BPM party, and playing the festival for the fifth consecutive time this coming January, The BPM Festival is proud to have an artist it has seen grow and develop into one of the underground’s most sought-after DJs and one of its most devoted BPM familia members help commemorate the anniversary milestone occasion with ‘X : 10 Years of The BPM Festival’.

All profits from the release will be donated to local charities in thanks for the support of the local community in hosting The BPM Festival for the past decade including El Cineclub, Interplaya, Onca Maya, Sistema DIF Municipal De Solidaridad, Tortugaton, and Sos El Arca. A true opportunity to give back to the local community, limited edition copies will be available in Playa del Carmen at Spinny Grooves, where Hector will be signing copies for a special release party on January 13 between 6-9pm (20th Avenue between 10th Street and 10th Street Bis Norte), The BPM Store (La Playa and 28th Street in Aldea Thai Plaza) and at BPM pop-up shops at daytime venues.