XOYO Loves and Bugged Out! 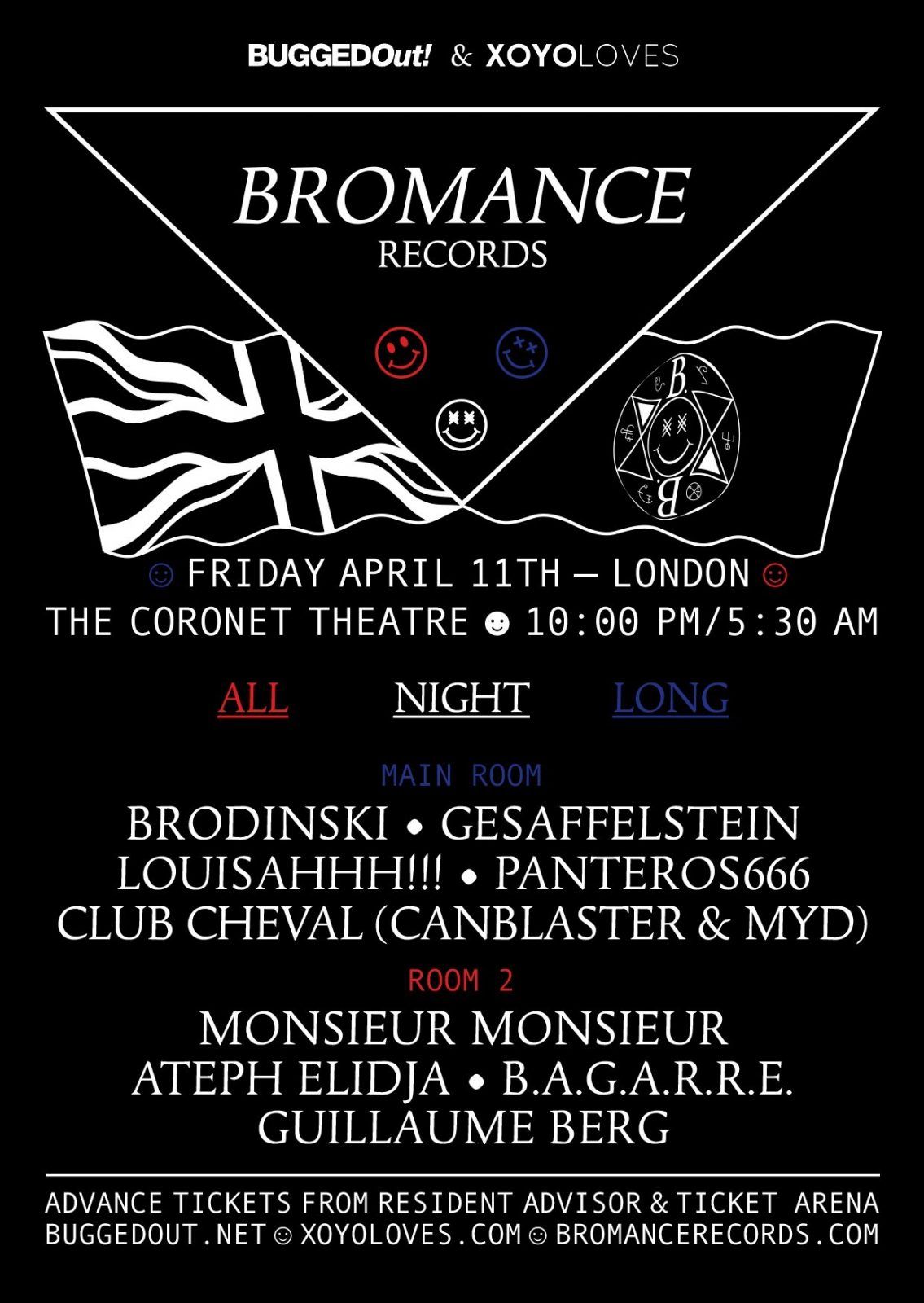 XOYO Loves and Bugged Out!

Born in 2011, Bromance Records has fast risen-the-ranks to become one of the most exciting imprints around right now. Music for machines; their like-minded take on techno gathers inspiration from Paris’ electro scene to rap and hip-hop. While together they push a relentless energy, individually they’re huge players in their own right.

This last year has been phenomenal for Gessafelstein. Releasing his debut LP ‘Aleph’ to critical acclaim at the end of last year, Mike Levy has grown in strength, creating darkl and sinister sounds. Alongside Brodinski, the pair even lent their production-touch to Kanye’s Yeezus contributing to the bruising ‘Black Skinhead’ and ‘Send It Up’.

Away from Yeezy, Brodinski is making huge strides also. Be sure to check his latest string of mixtapes. The most recent: ‘Blue Finessin’ in collaboration with Club 75 FM. With a tracklist which scrolls through a unique selection of hip-hop originals – no doubt it’s a nod to where Brodinski is heading…

Get acquainted with Louisahhh!!! As Bromance’s first lady she’s been seriously impressing lately with her own brand of blackened techno. Hold tight for her forthcoming EP with Maelstrom (out in March). Panteros666 and Club Cheval aren’t to be missed from this billing either, be excited.