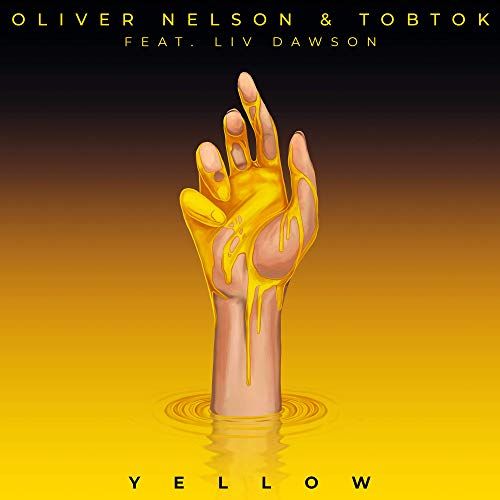 Swedish duo Oliver Nelson & Tobtok bring back their classic, feelgood sound alongside British singer / songwriterLiv Dawson with the release of ‘Yellow’ on Perfect Havoc. Released 22nd February, ‘Yellow’ follows a string of hit productions from the hot young Swedes, including remixes for the likes of Albin Lee Meldau, Lemaitre, and Frank Walker, as well as recent collaborations on ‘99 Red Balloons’ and ‘Jealous’. Yellow is already shaping up to be a favourite this Spring having been added to Spotify's New Music Friday playlists in the UK, Sweden, Australia/NZ and Best of The World, and also to the vast ‘Brand New UK’ playlist from Deezer with a huge 5.9million fans. Listen to ‘Yellow’ now https://fanlink.to/btfb.

Oliver Nelson’s productions have amassed 250 million plus streams across YouTube, Spotify and Soundcloud, while reaching No. 1 on Hype Machine 10 times over. His career highlights are extensive, including a world tour, a European residency for the tastemaker French label, Kitsune, mixing Toolroom Records’ Croatia  Poolside  2016 compilation, remixing NEIKED’s ‘Sexual’ (over 15.9 million streams and multiple plays BBC Radio 1) and Ella Henderson’s ‘Ghost’ (19 million streams), releasing debut single ‘Found Your Love’ on Polydor, and a collaboration with tropical house king Kygo on ‘Riding Shotgun’ for the artist’s second album (Kids In Love), which has generated over 27 million streams.

Next is Tobtok who has over 80 million streams on Spotify alone and 70 million YouTube views. 2018 saw Tobtok win incredible support from the likes of Pete Tong, Disciples, TCTS, Tiesto, EDX, Watermat andCamelphat to name a few, with releases such as ‘On My Way’, ‘Too Cool To Dance’, and ‘Overlap’. Tobtok’s biggest track in 2018 was ‘As I Sleep’ with fellow Swede Adrian Lux, which amassed over 12 million views on YouTube alone, over 4 million streams on Spotify and over 89x podcasts from industry renowned DJs from around the world.

Not just a dab hand in the studio, Oliver Nelson and Tobtok have both toured the USA, touching down in New York’s famous nightclub Output, The Standard in LA, Love & Propaganda in San Francisco and supported Kygo at Ushuaia in Ibiza.

The talented singer / songwriter Liv Dawson was the perfect choice for ‘Yellow’. Her richly, soulful voice can be heard in collaborative settings with Disclosure, Salute, and Redlight, on her ‘Bedroom’ EP which saw huge support from the likes of Huw Stephens on BBC Radio 1 and now on ‘Yellow’, which compliments Oliver Nelson & Tobtok’s feel good production.

Perfect Havoc is the Hoxton-based label, management, and events company behind artists such as Oliver Nelson, Tobtok, Mahalo, Eat More Cake, Adrian Lux, Karen Harding, Kokiri, Punks Jump Up, Joel Corry and more. Its releases have racked up over 80+ million streams across Spotify, Apple and YouTube, platinum sale awards, and signings to labels such as Kitsune, Ministry of Sound, Polydor, Toolroom, Thrive and Astralwerks. The Perfect Havoc Disco events have popped up all over the world in London, Norway, Sweden, LA/San Francisco, Paris and South Korea.