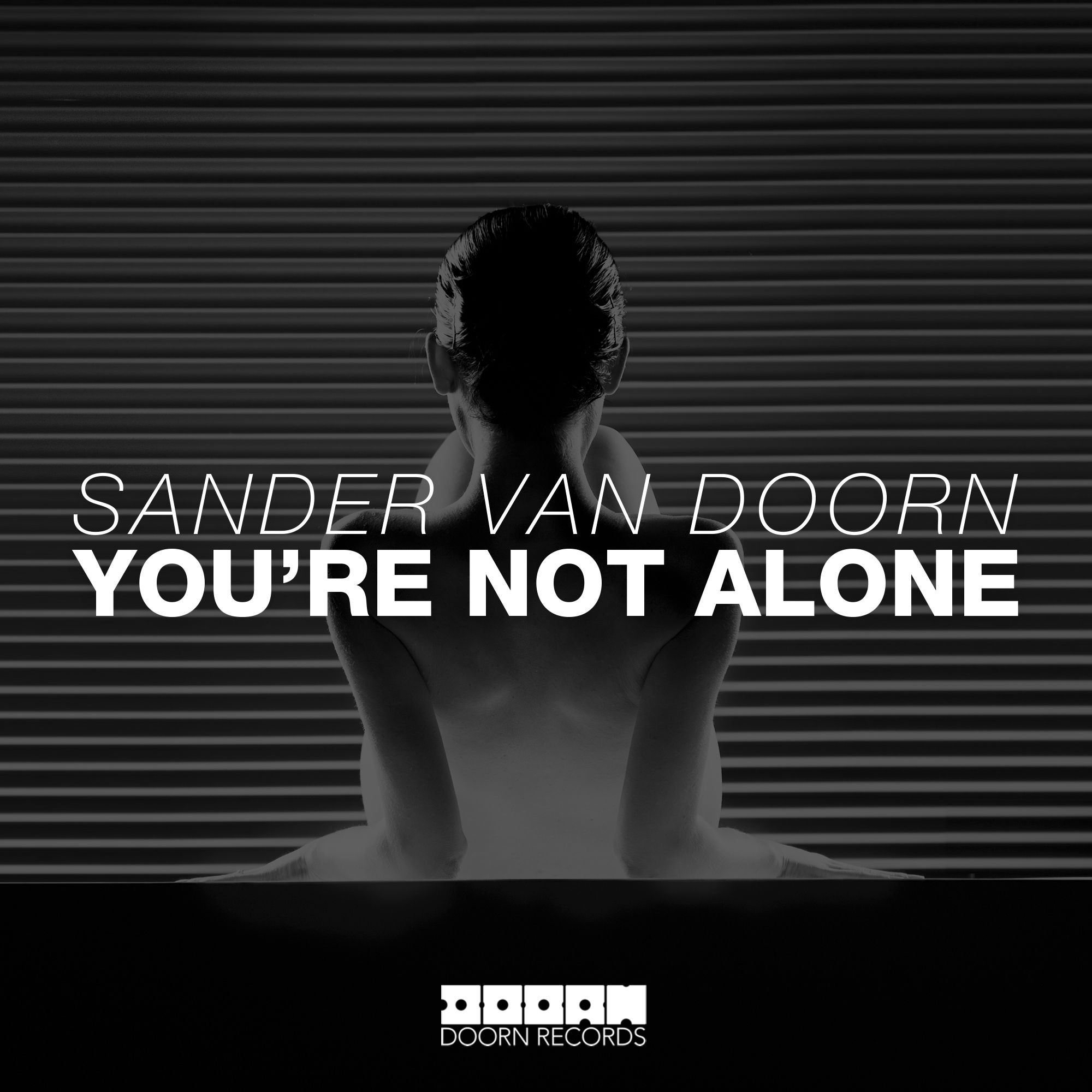 Legendary Dutch DJ/producer Sander van Doorn returns to his famed DOORN Records imprint for a very special release, titled 'You're Not Alone'. After widespread DJ support the track is now officially out!

Sander van Doorn is known as a true legendary Dutch artist. For the last decade, he has been renowned for his innovative productions and DJ sets. To start out his career he produced trance, then transitioned into electro/progressive house, and recently he has been experimenting with various styles, leading to his very own take on nowadays deep, techy house music.

He continues to lead the game, which is rare to find since a lot of top artists hit their peak several years ago. Recently he closed out 2015 successfully with his Pep & Rash collab ‘White Rabbit’, which hit nearly 3 million views on Soundcloud and YouTube. Earlier this year he released his long awaited,  much acclaimed single 'Cuba Libre', which also saw its YouTube views cross over a million streams.

Now, Sander van Doorn returns to his well known label DOORN Records for an ultimate remake of timeless hit song 'You're Not Alone'. It's a cool house tune, featuring rising synth pads, touching chords, energetic breakbeats and a pretty mean drop. In short, the master has reshaped the famous track into a destined floorfiller.

Sander van Doorn: "This record is one of my all time favorite classics. So it was such a great honor to be able to make my own version of it. Really proud of this one."

'You're Not Alone' comes with the support of DJs like Dimitri Vegas & Like Mike, Avicii, Hardwell, Blasterjaxx, Quintino, R3hab, The Chainsmokers, Don Diablo, Oliver Heldens and many more.

Sander van Doorn – 'You're Not Alone’ – Out now on DOORN Records
https://sandervandoorn.lnk.to/YoureNotAlone