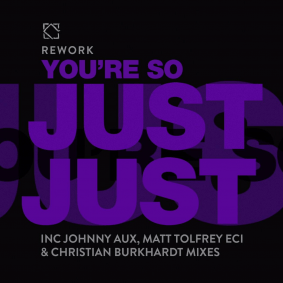 Comprised of Daniel Varga and Sascha Hedgehog, as well as French vocalist Laetitia in the early stages, the Rework outfit started released their brand of funk-infused minimal at the turn of the millennium, predominantly via the seminal German imprint Playhouse from Frankfurt. Here we see Leftroom revisiting one of Reworks most revered cuts to date, namely ‘You’re So Just Just’ with a fresh take on things from the label founder Matt Tolfrey, one half of the Paranoid London duo, Johnny Aux and Cocoon’s Christian Burkhardt.

Stepping up first is Johnny Aux who delivers his typically raw and dance floor focused style via crunchy distorted rhythms, squelching acid bass and chopped and eschewed snippets of the original vocal. Matt Tolfrey turns in his ‘EC1 Edit Mix’ to follow, fusing skippy drums with the infectious snaking bass groove and hypnotic vocals from Laetitia, keeping the core of the original at heart whilst stirring in some of Tolfrey’s rhythmic prowess for good measure.

Christian Burkhardt’s remix then rounds out the package, stripping things back to pulsating subs, modulating synth tones and dubbed out atmospherics alongside echoing vocal murmurs and the German’s signature swinging drum style.