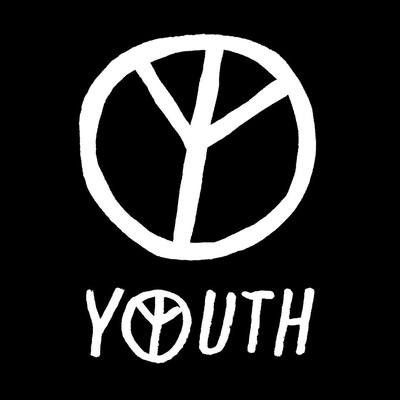 Sly-One appear on the brand new Fabric Live 81 compilation mixed by BBC Radio 1 DJ, Monki. They have released on Black Butter & 887 and will spend the summer playing out alongside Gorgon City, Kidnap Kid, Woz & Tourist. This track was premiered by Monki on BBC Radio 1Xtra.

YOUTH, 25 year old Krissy, was born and raised in North London. At 16 she won a full scholarship to Italia Conti. A year later Ben Elton picked Krissy to play the leading lady in Tonight’s The Night. At 17 she toured the country, and importantly Ben Elton introduced her to William Orbit. Now friends, Orbit took her to a studio session with Robbie Williams whose album he was producing. Krissy recorded the backing vocals on Williams’ Rude Box and developed a taste for studio life.

In 2013 Krissy started work on a solo project, making dark, left-field beats with friend Young&Sick (now signed to Banks’ Harvest Records). The first YOUTH release, a record called Low in early 2014, served as an intimate & confessional introduction to their brand of forwardthinking neo-soul. Sunken, lonely, the pop track swirled with melancholy and gave an insight into the world they are creating; hip hop-esque beats absorbed dark, pop melodies where a desire for atmospherics presided over traditional pop sensibilities. This debut release found overwhelming support from the likes of BBC Introducing & Radio 1, XFM, TripleJ (Australia), the 405, Earmilk, Les Inrocks (Paris), Wonderland, Vogue and Rankin’s Hunger Magazine. An exciting summer ensued which saw them play Secret Garden Party alongside Gorgon City and DJ EZ, flown to Dubai for Vogue Magazine, and record with MNEK; a record which unexpectedly gave them their first taste of commercial radio at London’s Capital Xtra.

Krissy’s first feature was with a young producer from Sydney called Kilter. The record, Hold Me, racked up hundreds of thousands of plays before being released by an Australian Inde, then surprisingly finding it’s way on to Ministry of Sound’s annual Chillout compilation. Here Krissy was in good company, encouragingly placed alongside Lana Del Ray & London Grammar.

Towards the end of 2014 Krissy collaborated on a 3 track EP with Paces, a producer from Australia’s Gold Coast who had remixed Hold Me, adding a UK garage vibe which Krissy loved. On My Mind was the lead record from said collaboration and delicately blended Krissy’s powerful, soulful vocal with Paces ever-uplifting tropical, trap inspired beats, to great effect.