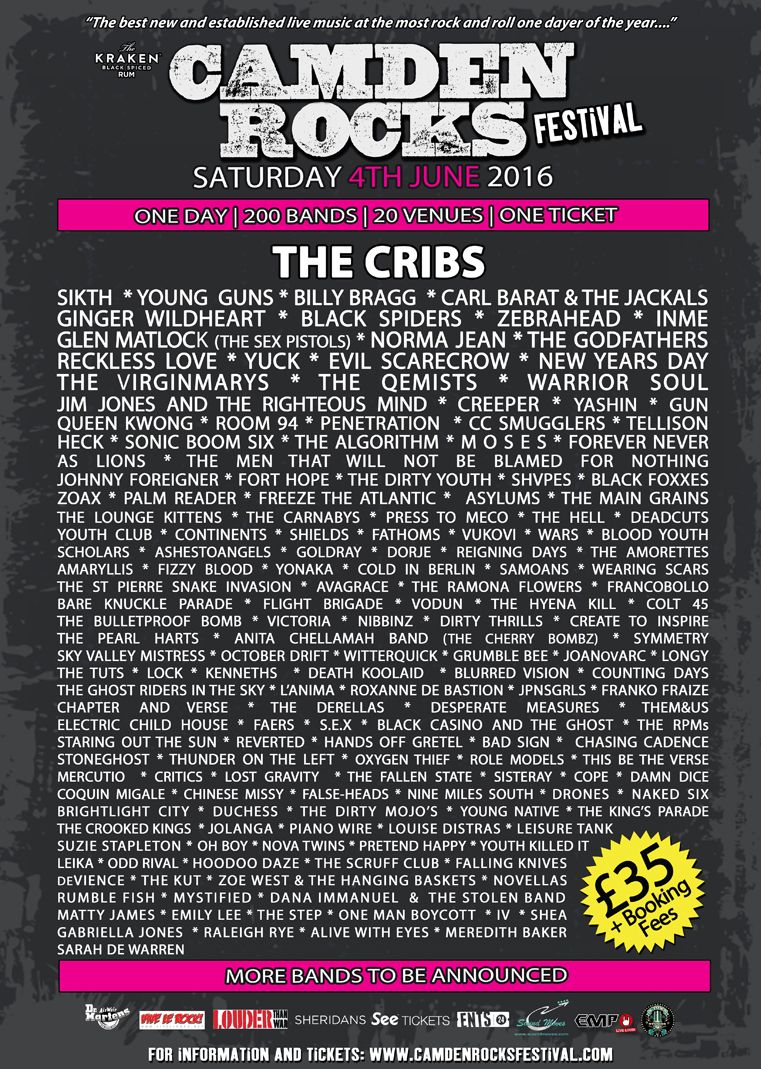 Reckless Love say, "Camden Town is truly a special place for Reckless Love as we rocked our first ever UK show there back in 2010! We've returned many times to this beautiful place, and even held a smashing month-long residency at one of its many lively rock clubs. So it is with the greatest pleasure that we come back in 2016 to take part in the awesome Camden Rocks Festival!"

Black Spiders’ Pete Spiby adds, "Not just any festival, the festival that keeps on giving…us a slot. After last years’ awesome show, we'll be back again, this time to headline a stage, with the full original line up!" Whilst HECK guitarist Jonny Hall said, “The line-up at Camden Rocks is ridiculously good this year, again, so we figured we had to blag our way onto it somehow. Damn right.”

It is also with much sadness that Camden Rocks today announce the cancellation of Escape The Fate and We Are The Ocean. Speaking of the change, Escape The Fate say, “due to insurmountable scheduling difficulties with a US tour we're regrettably having to pull out of our performance at Camden Rocks Festival. We've looked into every possible solution we could think of, but to no avail. We're sorry for this inconvenience to our fans and the organisers.”

Packing in over two-hundred bands across twenty of Camden Town’s prestigious music venues, Camden Rocks will take place on Saturday June 4th 2016. Tickets are just £35 plus booking fees and are available here – www.camdenrocksfestival.com. Every year prior has sold-out and 2016 looks set to be no different, with even more bands still to be announced!