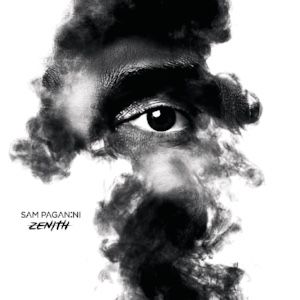 Respected producer Sam Paganini has announced the release of ‘Zenith’, a ten-track album set for release on Sam’s very own label, Jam, on 4th September.

Produced using Cubase 7.5 sequencer and recorded on a MacMini Apple with an Universal Audio Apollo 16 and an analog summing mixer Dangerous 2-BUS+, Sam uses the LP to explore a range of styles heavy on ambient sounds coming from vintage and software keyboards.

The Italian techno stalwart utilises this release to chronicle a musical journey for the listener, starting with album opener of the same name, ‘Zenith’, a mystical production shrouded with an intergalactic feel that was twelve months in the making.

“I’m not able to work on a laptop while travelling, I need my keyboards and my toys,” says Sam. “The album starts with a ‘G note sound’ from a Sequential Circuits Prophet 5 and the last note you can hear on the closing track comes from a Fender Rhodes electric piano,” he explains. “That means it was recorded using a lot of vintage gear. Different moods for different tracks, and not only dance floor oriented tracks, but even downtempo and ambient pieces of music.”

A veteran of electronic music with a discography that stretches back to 1996, Sam Paganini showcases his wealth of experience over the ten-track release, particularly demonstrating his love for the vintageelectronica sounds he speaks of, a tone he further adopts with the effortlessly cool ‘Frozen’ with thiseery melancholic sound also running through the core of the album’s final track, ‘Alone.’

Coming full circle throughout the release, Paganini displays a360 degree ability as a producer, creating an album packed with variance, but for all its adventurousness, Zenith never forgets the dancefloor. The haunting vocals of ‘Hypnotize’ soon giving way to a driving bassline, whilst ’Gravity’, another vocal-led release, builds suspense with a keyboard-led melody which soon bursts into life with a funky and addictive hook.

With a darker gritty tone adopted in areas, particularly on ‘Komet’, Sam Paganini establishes himself as a tastemaker entering a refined and developed chapter of his career. Working on signature sounds and experimental elements, Zenith succeeds in being both innovative and recognisable, and is set to drop on 4th September.

A firm favourite at the likes of Time Warp, Awakenings, Crobar and Berghain as well as Ibiza’s ‘Music On’ at Amnesia, and Privilege’s ‘Resistance’, Sam Paganini, well renowned for his work with labels like Drumcode, demonstrates an excellence for diversity and dynamism within his production, with his new label ‘Jam’ acting as the perfect label to host such a wealth of excellence. His critically acclaimed LP ‘Satellite’ became an instant classic, staying at the No.1 spot on the Beatport Techno chart for over two months. To this day, Sam proudly stands out as the only Italian artist to release under his own name on Plus8, Cocoon and Drumcode and his DJ appearances are among the most requested by promoters worldwide: with his sets characterised by powerful grooves and dark techno.